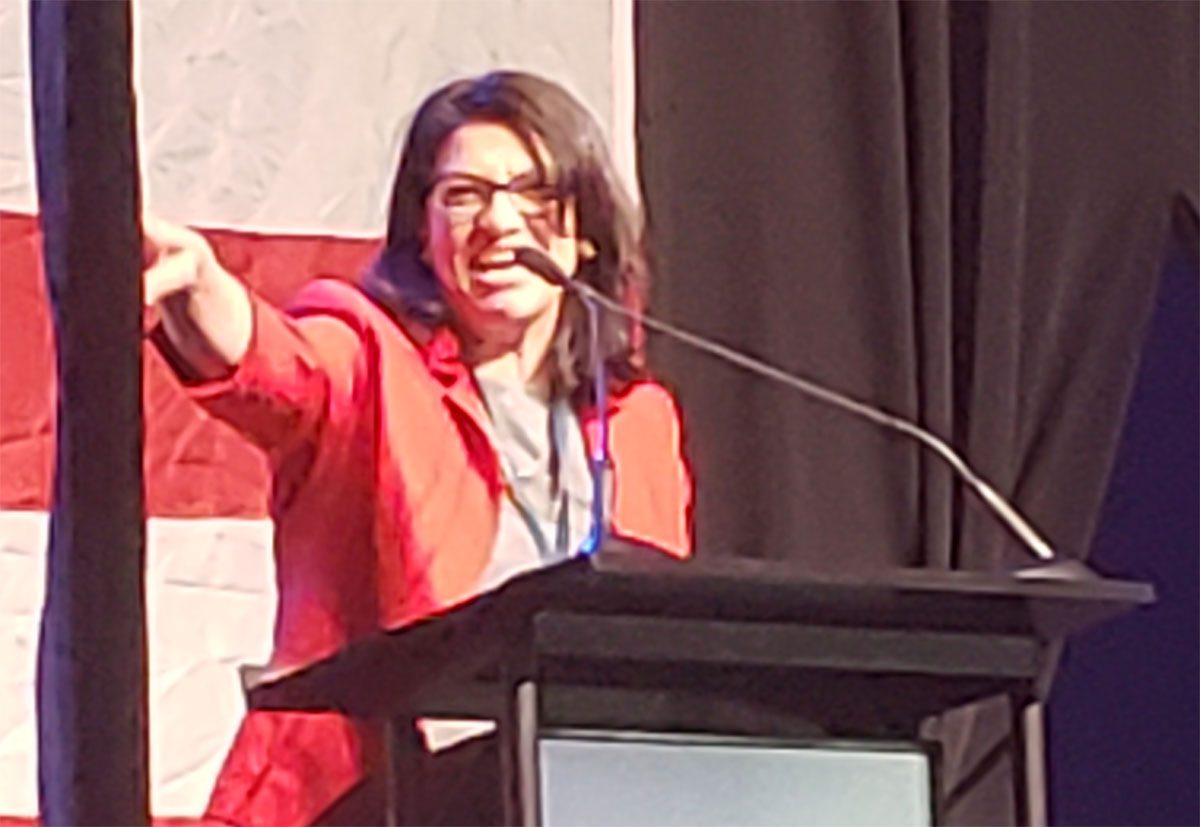 Move over Rachel Welch, Mae West and Dolly Parton. The biggest bust in history now belongs to Nancy Pelosi and the Democrat impeachment hearings. The impeachment of Trump is such a boring bomb, if it were a TV series, it would be cancelled after the first episode.

Only 13 million Americans tuned into watch the first day. I’m betting the number drops significantly lower for day number two. At this pace, it should hit zero somewhere around day 3.

The funniest part of the hearings is that you (the readers of this newspaper) and I know more about Trump’s conversation than any of the “witnesses” or “whistleblowers.” They all heard what Trump said from hearsay. They heard about it from Johnny, who heard it from Joe, who heard it from Mary.

But here’s the amazing thing. Trump released the two transcripts. The average American Joe or Jane knows more than any of the witnesses or whistleblowers testifying. This is kind of trial they held during Salem Witch-Hunt days.

Now to the news that matters…

As I predicted from day one, this has all backfired spectacularly on Democrats. On the day before the hearings started Trump was at 46% approval at Rasmussen. After the first day of testimony he was at 48%. As of Friday, he was at 50% approval. The more Democrats talk on national TV, the higher Trump’s numbers go.

Meanwhile most every national poll shows Joe Biden’s numbers cratering. Who would have ever thunk it? The Trump impeachment hearings are the worst thing that ever happened to…Joe Biden.

The Trump campaign raised $3.1 million in small donations during day one of the hearings.

Talib (D-Hamas) is the Congressperson who screamed about President Trump to a crowd on her first day in office, “We’re going to impeach the motherfuc—er.”

Well loud-mouth, Trump-hating, America-hating, Israel-hating, capitalism-hating, Talib is in big trouble. The House Ethics Committee just released internal campaign communications showing her frantically begging her campaign aides to give her campaign money for personal use- which of course is illegal. You can’t use your donations to pay for your personal bills.

A few quotes from Talib. She said she was “struggling financially” and “sinking.” “I’m not going to make it through the campaign without a stipend.” “Do you think the campaign can still pay me a stipend until the general? Trying to get out of debt.”

The OCE (Office of Congressional Ethics) attached scans of checks worth thousands of dollars made out from Talib’s campaign to Talib personally.

Ironically, this is the scandal that should lead to impeachment and removal from office. This is the person who calls Trump every foul word in the dictionary. Meanwhile she’s stealing the donations of her own supporters to pay her bills. Can you spell L-O-S-E-R?

She curses Trump for being a wealthy successful businessman, as if it’s a crime for politician to be successful. Trump takes no salary for being president, by the way. Meanwhile Talib doesn’t have $2,000 to make her rent, car or childcare bills.

If the charges are proven, Talib is a fraud, crook and hypocrite of the highest order. She can’t pay her most basic personal bills, without stealing from her own donors. Yet she wants to control our lives. She’s Exhibit A for today’s Democrat Party.

Trump versus Talib. Wanna vote? I dare you.