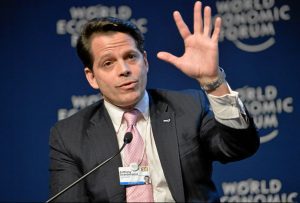 I got my taste of the fraud, lies, slander and censorship of the mainstream media last week. There were literally thousands of media attacks on me for saying, “Donald Trump is the greatest president in history for the Jewish people and Israel.”

Think about it. Wayne Allyn Root was the #1 news story in America last week, and the #1 name trending in the world at twitter. Despite everyone in the media talking about me, no one even thought to ask for an interview. Or a comment. No one wanted to hear my response to their attacks and slander. Isn’t that just stunning? Unimaginable.

Why? Because the media doesn’t want to give a platform to anyone who celebrates President Trump, accurately reports his achievements, fights fiercely to defend him. You’re banned from presenting the pro-Trump side. Especially if you’re articulate, colorful and entertaining.

Chris Cuomo, Don Lemon, Rachel Maddow, Joe Scarborough, are you listening? Aren’t you drooling at the thought of exposing such a “terrible person” with such an “awful message”? Won’t it be a piece of cake to embarrass me?

How come it’s suddenly so quiet?

At the exact same time, my buddy Anthony Scaramucci, was all over the media. Anthony and I are like twins. Both fiery, successful, colorful New York businessmen, media dynamos and friends of President Trump. From the same blue-collar streets of New York, Anthony is a son of a heavy machinery operator, who fought his way to Harvard. I’m a son of a butcher who fought his way to Columbia. We both supported Trump in the media nonstop during the 2016 presidential campaign. We’re literally the same person.

Yet Anthony was on every TV show in America last week. They shut me out. What’s the difference?

My pal Anthony suddenly decided he hates Trump. He ranted on national TV that “Trump’s a racist. Trump’s unstable. Trump will ruin the economy. Trump must be replaced on the GOP ticket.”

My pal Anthony has invented a fantasy that makes liberals cry tears of joy. He’s living in a NY/DC/San Fran bubble. Outside of those places, no one cares about the ridiculous tale he’s spinning. But the Trump-hating media loves what he’s saying.

On the other hand, I got thousands of messages from adoring fans. 63 million Trump voters love what I said. They thanked me for telling the raw truth. But the media hates it. That’s why Anthony is the flavor of the week, while I’m persona non grata.

I could get rich tomorrow by backstabbing Trump. You make millions per word for badmouthing Trump. “I hate Trump” is worth its weight in gold.

But like Trump, my goal is saving America, American exceptionalism, protecting working stiffs and the great American middle class. I can never turn on Trump. Even if it costs me millions of dollars. I couldn’t live with myself. I can’t be Benedict Arnold.

This story is Exhibit A for what has happened to America. The media slanders anyone who disagrees with them as a “conspiracy theorist.” But ironically, the way they treated Wayne Root vs. Anthony Scaramucci really is a…

It’s proof of a coordinated media conspiracy to ban, censor and silence the pro-Trump side of the story. What a disgrace.