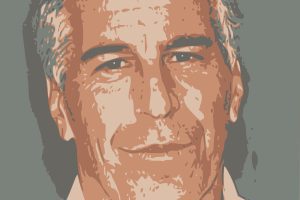 There were two high-profile deaths in the news in the past few days. Jeffrey Epstein and the Democrat Party. They are polar opposites. Epstein’s death is confusing. In the latest Rasmussen poll only 29% of Americans believe he committed suicide. 42% believe he was murdered.

With the Democrat Party’s demise, it’s a much clearer picture. It’s absolutely suicide. They’ve done this to themselves. It’s not just suicide, it’s delusion. They actually think a majority of America supports the wacko, radical, extreme, revolting crap they are pushing.

Decriminalization of illegal immigration. Free healthcare for anyone in the world who comes here illegally- while the rest of us born here are financially ruined.

“Medicare for All” even though virtually every hospital in America loses money on every Medicare patient.

Get rid of coal, fossil fuel and your car too- because it uses gas. Travel by trains that fly. Kill the cows, because they fart. No more meat for you.

Poor delusional Democrats are rooting for a recession. They want to add back all the taxes and regulations Trump killed- because they just hate 3% economic growth; 3% wage growth; 6 million new jobs under Trump; and the lowest unemployment ever for blacks and Latinos. Democrats are convinced things work out best with big government in charge. They don’t notice government is so great at running stuff that we are $22 trillion in debt.

And don’t forget we have to “protect women” and their human rights by murdering babies in the third trimester, when they have a heartbeat and feel pain. Or worse, up until the moment of birth. Or worse yet, after the babies are born alive.

Ilhan Omar and Rashida Talib are so radical, they were banned from Israel. Their response was to hold a press conference that was the most bizarre and embarrassing in the history of U.S. politics. They condemned our best ally in the world, Israel. They claim Israel isn’t a Democracy. They threaten to cut funding to Israel. They quote radicals who celebrate the death of US soldiers.

After this show of insanity and hate speech, most voters are left wondering why we let them back into our country.

Liberal HBO host Bill Maher mocks Omar and Talib for their hatred of Israel. Their response? They demand a boycott of his liberal show.

In a Town Hall meeting, Bernie Sanders gleefully admits to union members that his Medicare for All plan “absolutely” erases their union health plans.

Alexandria Ocasio Cortez mocks middle America in a new video. She drives by cornfields in the Midwest, while laughing at how presidents are chosen by places with so few voters. She calls the electoral college a “scam.”

The Democrat Party is dead. R.I.P.

But look at the bright side. Unlike Jeffrey Epstein, at least the medical examiner can declare it a suicide without smiling.