Everything You Ever Wanted to Know About White Privilege 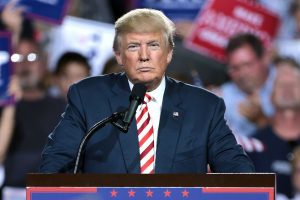 My name is Wayne Allyn Root. I’m a S.O.B. (son of a butcher). I understand this “white privilege” controversy like no one person on earth.

I’ve never had it. I’ve never even had a whiff of it. That’s why I have no “white guilt.” I have nothing to be guilty about. But I’ve met plenty of privileged white kids. You know what you call them? Liberal Democrats. More on that in a minute.

First, my background. My Jewish ancestors were far more likely to be slaves, than to have one. My ancestors were persecuted, abused, robbed, enslaved and murdered by government- just like black Americans.

My Jewish grandparents got to America in the early 1900’s- long after slavery. They settled in New York City, not the South. If they ever met the KKK, it was only because they were being persecuted by white extremists- just like black Americans.

My father fought in World War II and faced sure-death at Okinawa. Was that “white privilege?” He spent the rest of his life as a blue-collar butcher. He woke every day at 3 AM in the dark and freezing cold, to drive to the “meat market” to buy the wholesale meat he’d sell each day at his butcher shop. My father struggled his entire life as a working-class man and died with an estate of nothing (other than his home).

He worried every hour of every day how he’d pay his bills. No one ever gave him anything in his life, for any reason- let alone because he was white. So, where was his “white privilege?”

Can liberals please explain where all my dad’s hidden privilege was? Because my dad’s story is the story of most middle-class white Americans. We are the “Silent Majority” that supports President Trump. We’ve never caught a whiff of “white privilege.”

My personal story is all about black and white. I attended a rough urban high school on the Bronx borderline that was 90% black. I was one of the few white kids out of 4000 students. I was tortured 24/7 for being “the minority.” I was beaten a hundred times. I was chased home from school, terrified, fearing for my life. I had my lunch money stolen so often, I stopped going to lunch. I stopped going to the school bathroom. That’s where kids were terrorized and robbed. I was almost murdered by a thug with a machete. Is that what you call “white privilege?”

But eventually I learned to fight, knocked out a few bullies, became an athlete and won my classmates’ respect. I graduated Valedictorian and was accepted at my dream school, Columbia University.

That’s where I first learned about “white privilege.” As a matter of fact, almost every one of my classmates at Columbia University had it. My Columbia classmates were almost all lucky-sperm-club, spoiled-brat, filthy rich kids with wealthy, powerful fathers who opened every door for them, greased every wheel.  They had everything handed to them on a silver platter, with no effort necessary.

Oh, and where did all these little spoiled brats with “white privilege” wind up? My Ivy League classmates are today mostly powerful politicians, lawyers and the media.

So, “white privilege” is real. But it is only enjoyed by 1% of 1% of 1% of the country. And trust me, virtually every one of them is a liberal Democrat. Every classmate I ever met at Columbia that was born rich was a liberal Democrat who hated Reagan, hated white people (even though they were all white), hated capitalism and hated America.

Today, they all hate President Trump.

So yes, there is “white privilege.” But it isn’t me. Don’t try to hang that guilt trip on me. I have no white guilt. This son of a butcher has earned every ounce of my success. That applies to 99% of 63 million Trump voters. No one ever gave us anything. We don’t owe anyone, anything. “White privilege” exists. But we’ve never experienced it.

So, it’s a free country. Everyone has free speech. March and protest to your heart’s content for “Black Lives Matter.” Just do it peacefully. And understand the tiny percentage of Americans who actually have “white privilege” are spoiled-brat, Ivy League-educated, white liberals.

So much for “white privilege.”