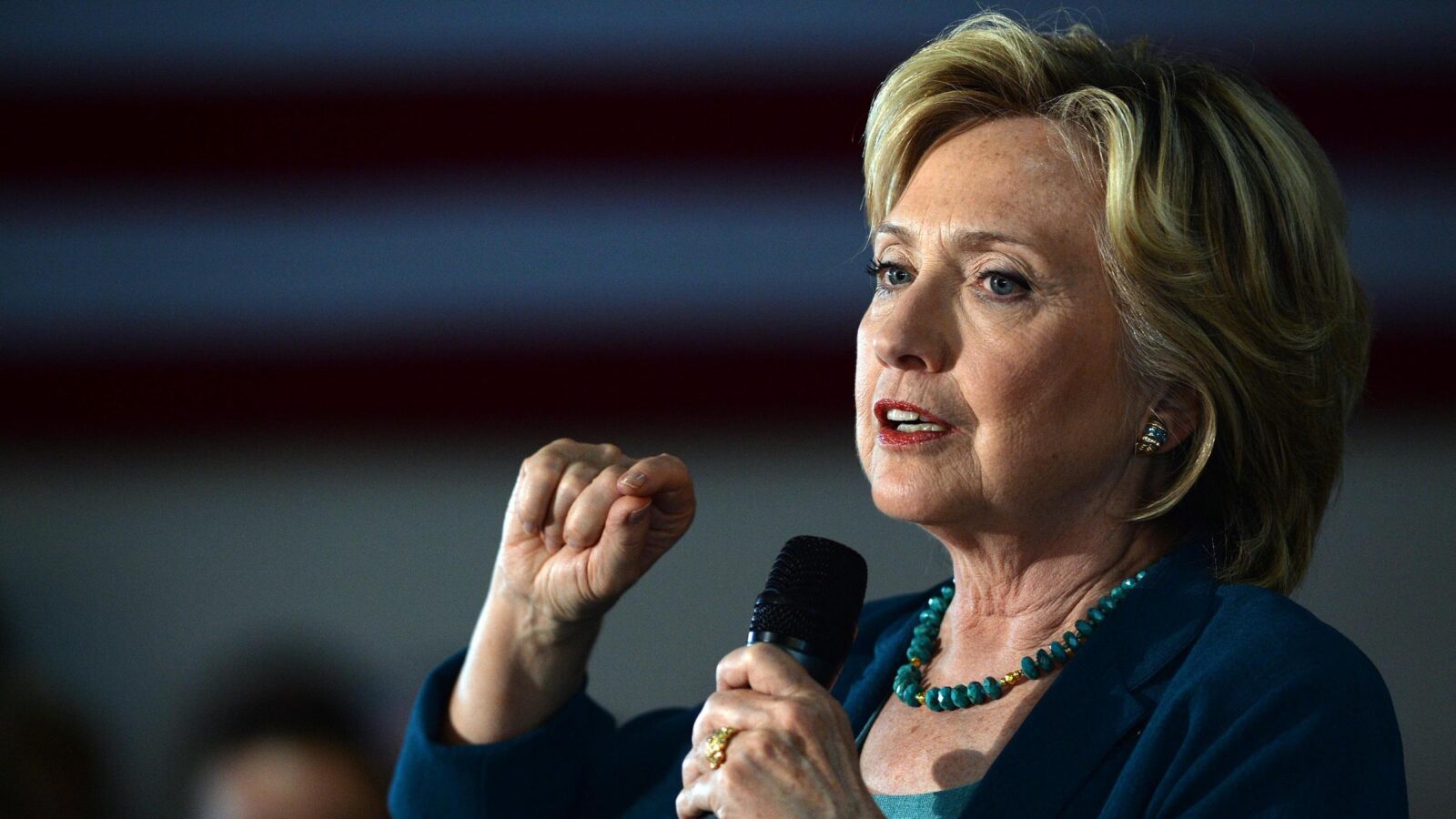 Get Ready for President Hillary Clinton

Muhammed Ali said, “It aint bragging, if you can back it up.” So, excuse me for bragging, but in my almost six years as a nationally-syndicated radio and TV host, my predictions have been remarkably accurate. I’m not perfect, but I’m batting close to .990. It’s the best record of anyone in the media.

Almost everything I’ve predicted has come true- including a stolen election based on mail-in voting without Voter ID; a communist takeover of the USA based on lockdowns, Covid mandates and open borders; and Joe Biden being a brain-dead puppet with dementia.

I was already warning on my Newsmax TV show about Biden’s clearly diminished mental capacity back in 2019 and early 2020. It’s all on tape.

I warned during the 2020 election that Biden and the Biden Crime Family are owned lock, stock and barrel by China and the Chinese Communist Party.

I also predicted this communist takeover and purposeful destruction of America, American exceptionalism, capitalism, the American middle class and Judeo-Christian values was all designed, coordinated and carried out by a combination of Barack Obama, communist billionaire George Soros and the Chinese Communist Party.

This is all clearly happening right in front of our eyes.

So, I’m going to make another shocking prediction. Democrats (ie the party of radical, insane, hateful, socialists, Marxists and communists) are getting ready to install Hillary Clinton as President of the United States.

You might ask, “How will they do it?” The answer is simple.

Biden is finished. He served his useful purpose. He provided a white, experienced, grandfatherly, supposedly “moderate” face to serve at the top of the presidential ticket. The mail-in ballot fraud got the Democrats 90% of the way home in rigging and stealing the 2020 election. And Biden’s “white moderate grandfather” routine did the rest- he fooled just enough clueless and naïve voters in a handful of battleground states to finish the job.

But the jig is up. Biden’s approval is now in the unimaginable 30% range. That means he has no one left on his side but friends; family; campaign aides; Democrat Kool-Aid drinkers; welfare addicts; and illegal aliens.

Everyone with a brain, who isn’t blind, deaf or really dumb, now understands Biden is brain dead. It’s hard to miss the daily decline in Biden’s ability to think and communicate. Democrat puppet masters have no choice anymore, but to throw grandpa from the train.

Biden’s days are numbered before he will be forced to step down after admitting he can’t do the job anymore due to rapidly advancing dementia.

Biden is as good as gone. At this point, it’s only a matter of “when.”

That would make Kamala president. We all know that’s not going to happen. She is the most deeply flawed, despised and unpopular Vice President in the history of America, and maybe in the history of the world too. Her 28% approval makes Biden seem popular.

Kamala’s problem is that no one likes her. Not men, not women, not whites, not blacks. She is a talentless empty suit, with an evil, insane laugh, who screwed her way to the top (on top of married Willie Brown). Normally females support Democrats by a wide margin. Not this time. Women hate talentless women who screw their way to the top. So, Democrats have a big problem. Everyone hates Kamala.

Kamala has to go.

Very quickly after that, they’ll start planting nonstop stories in the media claiming Biden’s aides see him in dramatic mental decline. After 3 to 6 months of those stories in the media, Biden will make his touching goodbye announcement and ride off to a nursing home specializing in dementia victims. And like Kamala, Jill Biden will get a $25 million mansion as incentive to shut her mouth and never be heard from again.

Just like that, Hillary Clinton is President of the United States.

I’m guessing Democrats will need a black woman as Vice President to diversify the ticket and lock down every last black vote in 2024. Michelle Obama, anyone?

Don’t laugh. Get ready. It’s coming. The Democrats will replace Biden. Soon. Trump will destroy them in a landslide in 2024 if they don’t change the narrative- fast.

Could it be Trump versus Clinton/Obama in 2024?