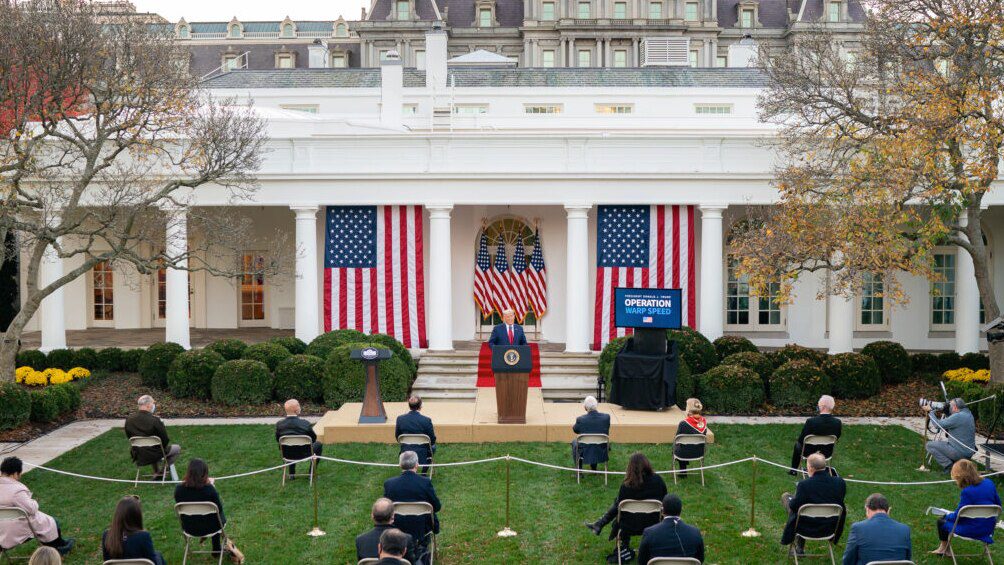 By adminNovember 2, 2020No Comments

I’m on record predicting President Trump will pull off the greatest political upset of all-time.

But the important question is why?

Democrats and the mainstream media don’t see this coming. Here I will explain the dynamics that will produce a remarkable Trump upset win.

There are three factors Democrats and the media clearly don’t understand. Law and order. The Trump economy. And Covid.

First, law and order. I’ve made the comparison for months now with the Michael Dukakis election of 1988. Democrat Dukakis had a 17-point lead. George H.W. Bush won an electoral landslide. Why? Law and order became the crucial issue in that election. The same as today.

Willie Horton was a murderer let out on a work release program by Dukakis, the then Governor of Massachusetts. Willie Horton murdered again. Bush’s TV advertising campaign used Willie Horton to paint Dukakis as weak on crime. It worked.

I knew then, what I know now. America’s mothers and housewives will always vote to keep their children and neighborhoods safe.

The moment we witnessed terrible rioting, looting, burning, attacks on police and rising violent crime in deep-blue Democrat cities across America, starting with Minneapolis, Portland, Seattle and Chicago, and ending with Kenosha, Wisconsin and Philadelphia, the advantage changed to President Trump.

Biden and the Democrats made it much worse with promises to defund police, disband ICE and bring high-density, low-income housing to the suburbs. Those loud and proud views made it clear Democrats were on the side of the rioters, looters, torchers, and cop haters. And by promising to bring low-income housing to suburbs, it was suddenly clear Democrats wanted “equality of pain, misery and violence.” Democrats are promising to bring crime, drugs and poverty to a neighborhood near you.

Mothers may not like Trump’s tweets or offensive comments, but in the end, they’ll always vote to protect their family. Not to mention their home values. Sorry, but it doesn’t matter if you’re a conservative, or liberal. No one wants to see low-income housing, criminals and drug deals next door to your $500,000 home.

Trump created the greatest economy perhaps in history, before Covid. Household income for middle class Americans rose dramatically. Everyone had a job. Small businesses thrived. Taxes were lower. Prosperity and opportunity were plentiful. Who votes against that?

Then Covid hit. Trump didn’t stop Covid. No leader anywhere in the world did. Sadly, people (especially very old and sick people) die in pandemics. No politician or policy can change that. But what Trump did was make sure the cure wasn’t worse than the disease. Trump kept the economy alive.

Trump’s strategy worked. The government just announced 3rdQuarter GDP of 33.1%- the highest economic growth in America’s history. Keep in mind Trump achieved that post-Covid miracle, while EU economies are dying. Keep in mind Trump achieved this without the help of many Democrat states like New York, New Jersey, Pennsylvania, Michigan and California. They were all pretty much shut down in the 3rdQuarter.

Keep in mind, this entire recovery is due to red Republican states like Texas, Florida, Georgia and Arizona who opened back up early. Trump and Republican Governors saved the economy and the country. Without your job, your income, your small business, or tax revenues, we’d all be up the creek without a paddle. Thank you, President Trump.

Remember that number 33.1% GDP. That’s the number that may clinch Trump’s victory on Tuesday. “It’s the economy, stupid.”

But I’ve saved the best and most important for last: Covid-19.Once again, it ties into the economy and your pocketbook. Biden, Kamala and their emissaries (such as Mayor Pete) have all repeatedly promised if Biden wins, they will lockdown this country. They will close businesses. They will enforce nationwide mask mandates.

Doubt them? In the EU they’re already closing down again with draconian lockdown laws and businesses shut.

Closer to home, 100% Democrat-controlled Chicago just ordered all bars, taverns, nightclubs and indoor dining closed. All those business owners are ruined. All those jobs are lost. How will all those people pay their bills? With cold, dark, winter descending on Illinois, what kind of depression, suicide, drug addiction, alcoholism, spouse abuse rates will we see?

Is this a life worth living? Personally, I’d much rather take my chances with Covid. Thank God, in America we have choice and freedom. I value my job, career and income over a tiny chance of dying. I don’t retreat over a germ, I choose to fight. I choose to live my life.

President Trump has vowed to never lock us down, or close our businesses again. In the end, I believe that’s the number one issue driving Trump’s comeback victory. The Silent Majority agrees.

That’s what every Trump voter will be voting for on Tuesday. That’s why I predict President Trump will pull off the greatest upset in US political history.

Wayne Allyn Root is known as “the Conservative Warrior.” He is a best-selling conservative author and the host of the nationally-syndicated conservative talk radio show, “Wayne Allyn Root: Raw & Unfiltered” heard daily on USA Radio Network from 6 PM to 9 PM EST. Listen live at http://usaradio.com/wayne-allyn-root/ or “on demand” 24/7 at iHeartRadio.com. Wayne’s latest book, “TRUMP RULES” is available on November 10th, 202