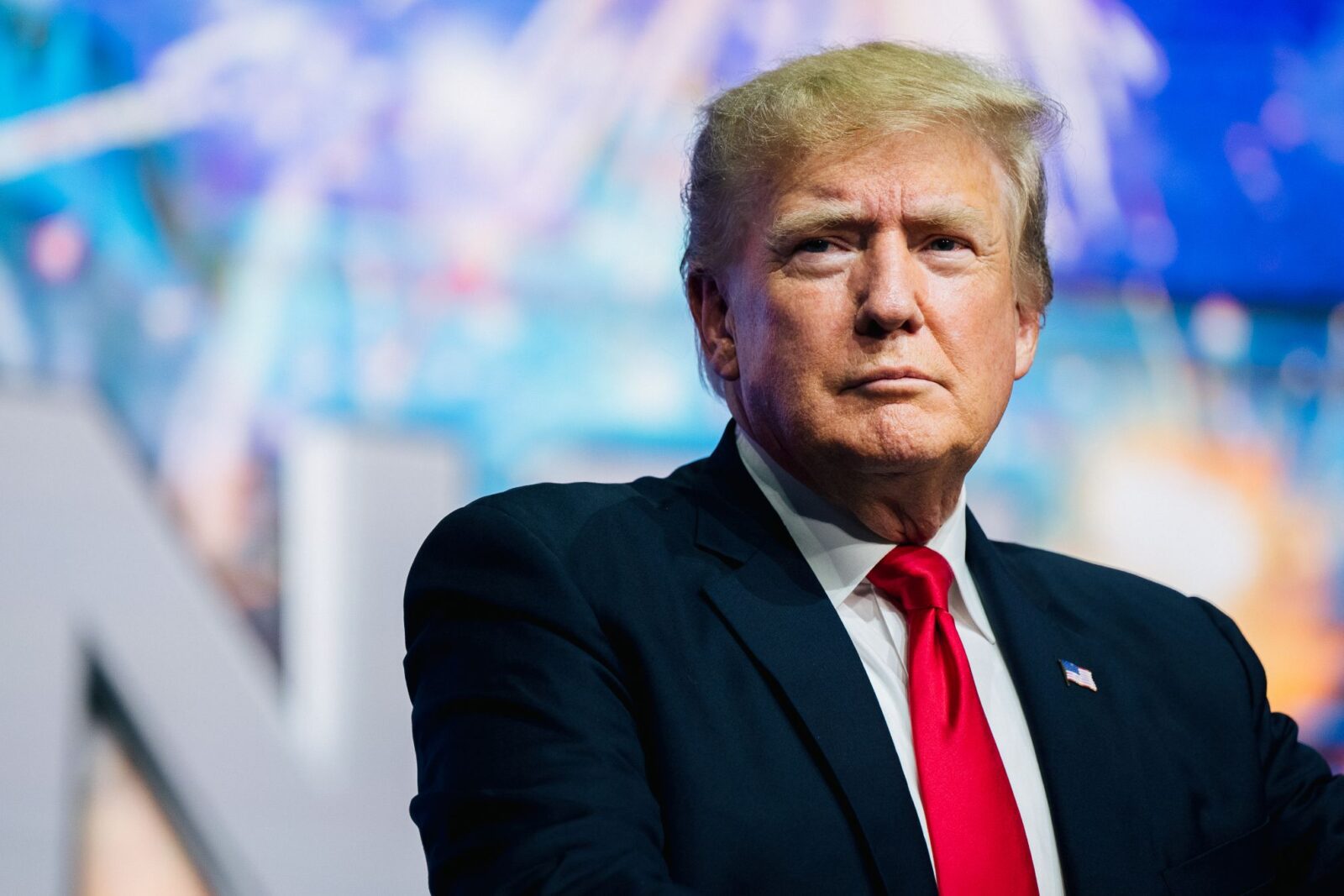 I Just Returned from Maralago…and I Have Bad News for Democrats, America Haters and the Media: “TRUMP IS BACK!”

Before I get to the ten-thousand-pound elephant in the room, the status of President Donald J. Trump, I first want to deal with the disastrous problem we face. Namely, the purposeful destruction of America.

Things are pretty scary in America right now. We are being relentlessly attacked from within, from a thousand directions at once. I believe America and American exceptionalism are hanging by a thread.

There is no greater Exhibit A for the destruction of America than Ketanji Brown Jackson, Biden’s Supreme Court nominee.

To top it off, Jackson couldn’t, or wouldn’t define what a woman is. Oh boy. Supreme Court? I wouldn’t let this woman near my children.

But why should this surprise anyone? Jackson was chosen only based on the color of her skin. To pick someone based only on being black and female is disgraceful, blatantly racist, insulting and disrespectful to every qualified American of any other race or gender. Yet it appears Jackson will be confirmed for the highest court in the land.

I repeat for emphasis: America and American exceptionalism are hanging by a thread.

But I have fantastic news for anyone who loves this country, wants to fight back, and make America great again. There is hope on the horizon. The cavalry is on the way.

That’s of course assuming we can survive this massive communist assault upon America for three more years. And that’s a big question.

But it’s now clear President Donald J. Trump is back to lead the battle, bigger and bolder than ever before.

I say that not only as a political commentator that religiously studies polls, but as a witness who just spent a week up-close -and-personal with President Trump at Maralago.

First, the polls. The most credible poll out there is the RealClearPolitics “poll of polls” (meaning the average of many credible polls). This poll of polls shows Trump is now the most popular politician in America. And it’s not even close. That’s after the media spent billions of gallons of ink labeling Trump as racist and dangerous.

Another poll from Emerson College shows Trump just hit 59 percent approval, again much higher than Biden (or any other national politician).

Finally, in a new poll conducted by The Republican National Campaign Committee, in 77 battleground Congressional districts, Biden sits 15 points underwater. 45% of voters strongly disapprove of the job Biden is doing, while only 17% strongly approve.

Rumor has it those 17% who strongly approve of Biden reside primarily in mental institutions, prisons and rehab centers.

Now to my personal testimony.

My wife Cindy and I just returned from our honeymoon at Maralago, Donald Trump’s magical estate and private club in Palm Beach, Florida. This amazing trophy property may be the most valuable residential property in America.

I saw President Trump each night for dinner. I spent up- close-and-personal time with the man. And I can tell you several things that should scare the heck out of liberals…

*Trump was carefree- he was actually spinning records like a DJ during dinner. He has eclectic taste ranging from opera, to rock, to rap, to pop tunes. I have no doubt he could make millions per night as “DJ PREZ” at Las Vegas nightclubs!

I also watched as Trump, the former leader of the free world, personally gave out the awards to the winners of the mens, ladies and seniors golf tournaments at his Trump International  Golf Club. How’s that for carefree?

By the way, the senior tournament winner was…Donald J. Trump! The ladies winner was Trump’s granddaughter. I think you call that…#WINNING!

I also witnessed a phenomenon- many famous GOP politicians were at Maralago every night while I was there, hat in hand, lobbying for Trump’s support. Including RINO Republican politicians who act like they don’t care about Trump when talking to the media.

These same big shot GOP politicians deny Trump is the leader of the Republican Party. They deny his influence and popularity. Yet there they were, at Trump’s home, begging for his attention and support. So much for that lie.

Trump is the GOP.

Trump is very much back in the game. He’s got his mojo back. He’s looked very much like President #45 and #47.

As I said to President Trump, “I love and appreciate you. I know you were the winner of the rigged 2020 election. After the disaster of Biden, I believe you’ll win the 2024 election by a large margin. But the real question is, can America survive another three years?”

That’s the most important question in the history of America.