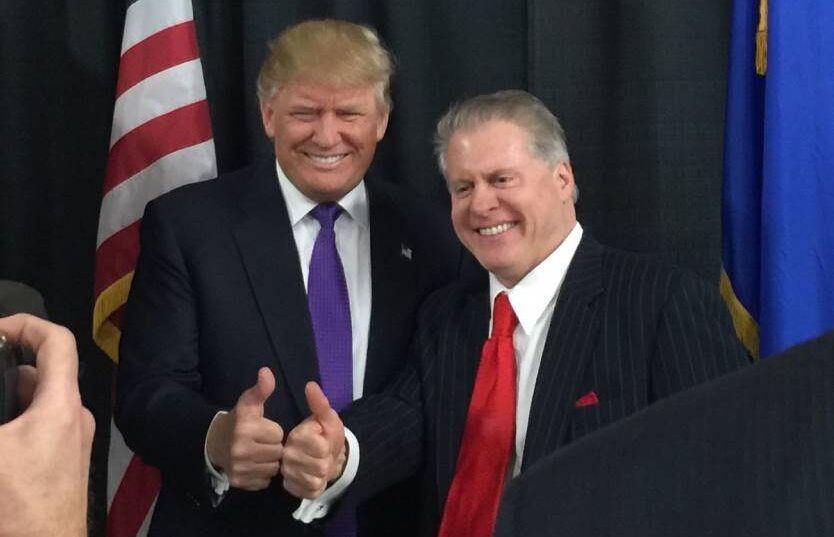 I Stand with President Trump, We Will Always Stand With Trump

The media, politicians and the DC Swamp haven’t got a clue what the people think and feel. As a matter of fact, they are always dead wrong about everything.

Let’s start with my personal experiences on Wednesday morning. As the leading conservative radio host in Las Vegas, with the powerhouse afternoon-drive radio show on KBET 790 AM, I called for a Trump Car Parade to celebrate President Trump and show the media how we felt about a stolen election.

Thousands of cars and an estimated 10,000 people showed up for my event to celebrate President Trump. Pound for pound (per capita) this might be the biggest turnout in all of America for President Trump. In a town never known for politics, let alone conservative politics. In a state (Nevada) that Democrats and the media claim Trump lost.

At my parade, thousands of cars adorned with American flags and Trump flags dominated the world-famous Vegas Strip for three hours. As usual, this outpouring of love and support for Trump went unrecorded by the media. There was barely a mention on any local TV news program, no mention in the Vegas newspaper.

Par for the course. This is the same media that has ignored the remarkable outpouring of love and support for President Trump for four long years. They just make believe it doesn’t exist. My event with 10,000 attending is certainly Exhibit A.

Exhibit B is the emails I’ve received in the past 48 hours, all since the Trump march on Washington DC and the tragic events that unfolded at the tail end. If the media thinks they’ve turned Trump’s supporters against Trump, if Democrats think they’ve won and demoralized us, if the RINO Republican establishment thinks they’ve killed the MAGA Movement, I have news for them.

My fan base represents the groundswell and pulse of the national Trump movement. My show isn’t just a Las Vegas show. It is syndicated across the United States of America by USA Radio Network. My fans represent 74 million Trump voters. Here are the valuable takeaways…

That’s the reality of what 74 million Trump supporters and voters believe moving forward- whether you like it, or not. And anyone who refuses to listen or understand is a fool.

One last observation by yours truly:

Two million Americans sacrificed their time and money to come to Washington DC. It was a grass roots, spontaneous outpouring of love for President Trump. Nothing like it has ever been seen in America’s history.

That’s why the jealous media and DC Swamp conspired to demonize Trump and his supporters. They’re jealous and scared to death of our power (if we stick together).

Trump is a hero to 74 million voters. Mitt Romney will never get this love or respect. Neither will Lindsey Graham, Mitch McConnell, or Nancy Pelosi. They can fit their fans into a phone booth.

Read More: Of Course This Election Was Stolen.

Great job guys, now we hate you back.

From this point on, please contact your Senators and Congresspersons, the media, and the CEOS of stores you shop in, and tell them all, “I stand with President Trump, we will always stand with Trump.”