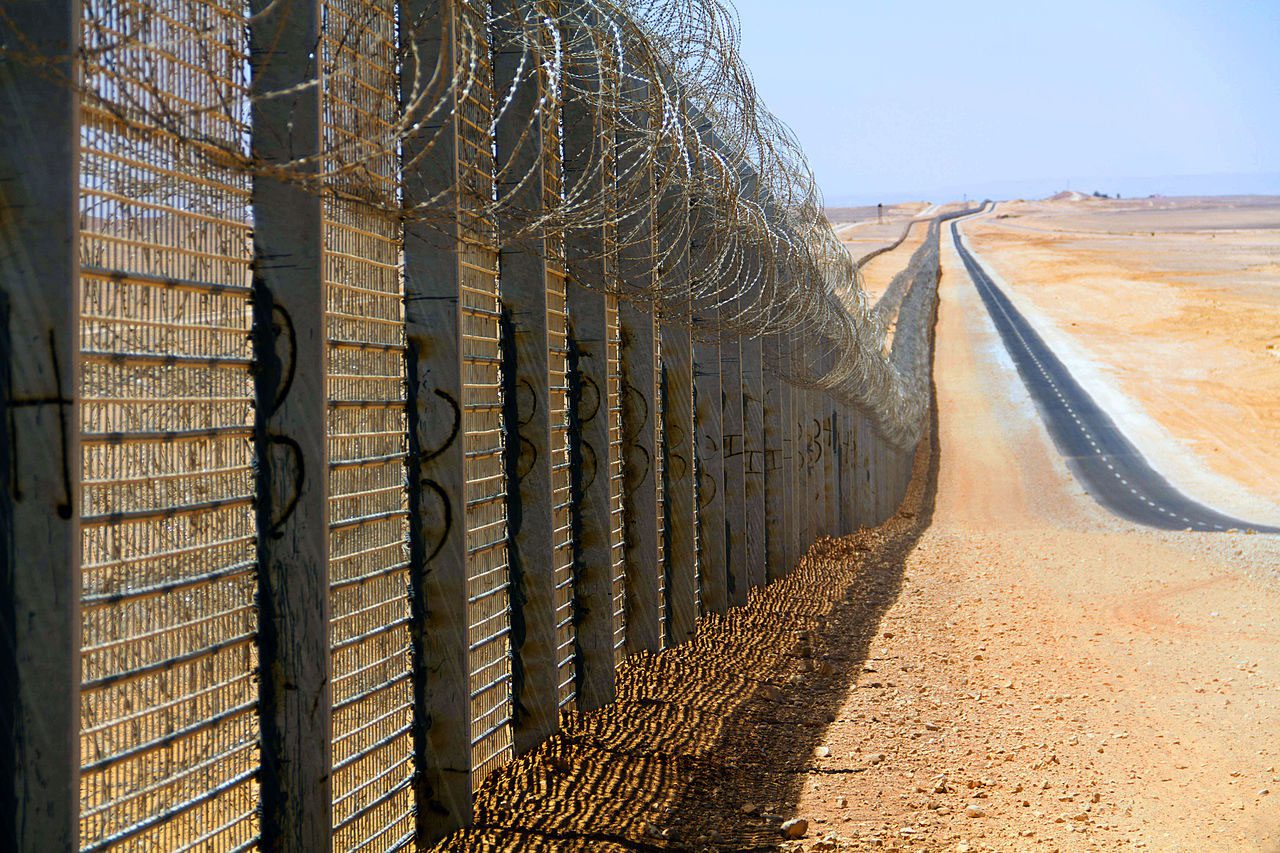 I have a simple message to get this wall built. I hope President Trump starts using it, day and night.

It’s easy to remember. Easy to understand. “The American people deserve the same wall as Israel.”

Israel has a wall separating it from enemies, terrorists and illegal aliens. And it works!

It works so well, Israel is busy building a massive Sea Wall to protect its ports too.

If it’s good enough for Israel, it should be good enough for America. Because Israel can’t afford to mess around. Israel is a tiny country the size of New Jersey surrounded by 300 million enemies who vow to drive Israelis into sea. Wipe them off the face of the earth.

Facts prove the Israeli wall works. The wall has reduced the number of terror attacks by 99.8%.

Israeli officials quoted in the newspaper Maariv have said that in the areas where the barrier was complete, the number of hostile infiltrations has decreased to almost zero. Since the completion of the fence in the area of Tulkarm and Qalqilyah in June 2003, there have been no successful attacks from those areas.

As a bonus, Israel says illegal immigration has been completely halted. According to the Jerusalem Post, illegal immigration dropped from 9,500 in the six months before the wall was completed to 36, to 11, and now to 0. And drug smuggling has been dramatically reduced too.

When liberal Democrats claim “walls don’t work” and “this is a complete waste of money” they clearly are proven liars.

Do Democrats think an Israeli life is worth more than an American life?

What exactly is an American life worth? Can we put a value on it?

Because Americans are dying every day at the hands of illegal aliens. If they were not in this country, those Americans would still be alive. What is that worth to Democrats?

How about Kate Steinle? She was killed by an illegal alien deported five times. What is her life worth?

How about Mollie Tibbetts- the jogger in Iowa killed by an illegal alien. What is her life worth?

How about 21-year old Sarah Root? She is not related, but had the exact same name as my beloved niece. She was killed in Nebraska by an illegal alien driving drunk. What is Sarah Root’s life worth?

How about police officer Ronil Singh, a legal immigrant turned hero, killed by an illegal alien in California only days ago. What’s his life worth? What do you think his 5-month old baby boy would pay to bring back his father?

And after we’re done, I think we should start on an undersea barrier too. Because there is no price too high to keep American citizens and our children safe.