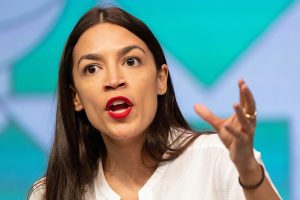 Kamala Harris, Rashida Talib and AOL (Alexandria Ocasio-Cortez) are at it again. Their insanity, racism and hate speech are the best gifts ever for President Trump and the GOP.

Kamala Harris just announced her plan to save America. If she is elected president, she’ll give $100 billion (with a B) of your taxpayer money to black Americans to buy homes.

What if I was running for president and announced my plan to save America was to give $100 billion to white Americans to buy homes. You think that would go over well?

Do you think the Democrat Party and leftist mainstream media would call me a “racist” for suggesting giving money to only one race of Americans? Of course, they would. And they’d be right!

Since I’m Jewish, how about I announce a plan to give $100 billion of taxpayer money to Jews to buy homes. How do you think that would go over with Kamala?

I know how my friends feel about Kamala Harris’s plan. Over the July 4th weekend I had calls, texts and emails from a dozen of my childhood buddies. They’re all Italian. Every one of them asked “Where’s my $100 billion?” They all suggested a plan to give $100 billion to Italians and Jews to buy homes. Kamala has inspired them.

How can any politician propose giving taxpayer money to only one group of Americans, based on race? How is Kamala Harris not laughed off the presidential stage? How is she not called a racist?

I’m Jewish and Jews have always faced discrimination and prejudice. Why can’t a politician just hand me money for being a Jew?

Kamala Harris should be laughed off the stage. She is obviously a fool. She’s clearly a racist. Ans she should be charged with bribery.

Then there’s Alexandria Ocasio-Cortez (D- Venezuela) and Rashida Talib (D- Hamas/Hezbollah). They both spent the July 4th holiday repeating the lie that President Trump is putting illegal aliens in “concentration camps.” As a Jew, the comments of these radical Democrat fools are offensive, disgraceful and disgusting.

Putting illegal aliens who purposely evade the laws of America by invading our country into detention facilities- with food, water, clothing, diapers, air conditioning; and protected by American guards from rapists, violent gangs and Drug Cartels of their own countries, is a far cry from “concentration camps.”

My guess is these detainees live better and safer lives in our detention camps than in their old countries. They are free to leave anytime and go back to the horrible crime-ridden, poverty-stricken, socialist hellholes they came from.

America doesn’t run “concentration camps.” And no politician will ever give our taxpayer money to one race of Americans to buy homes. Over my dead body.

But please keep talking. You’re the gift that keeps on giving to President Trump and the GOP.