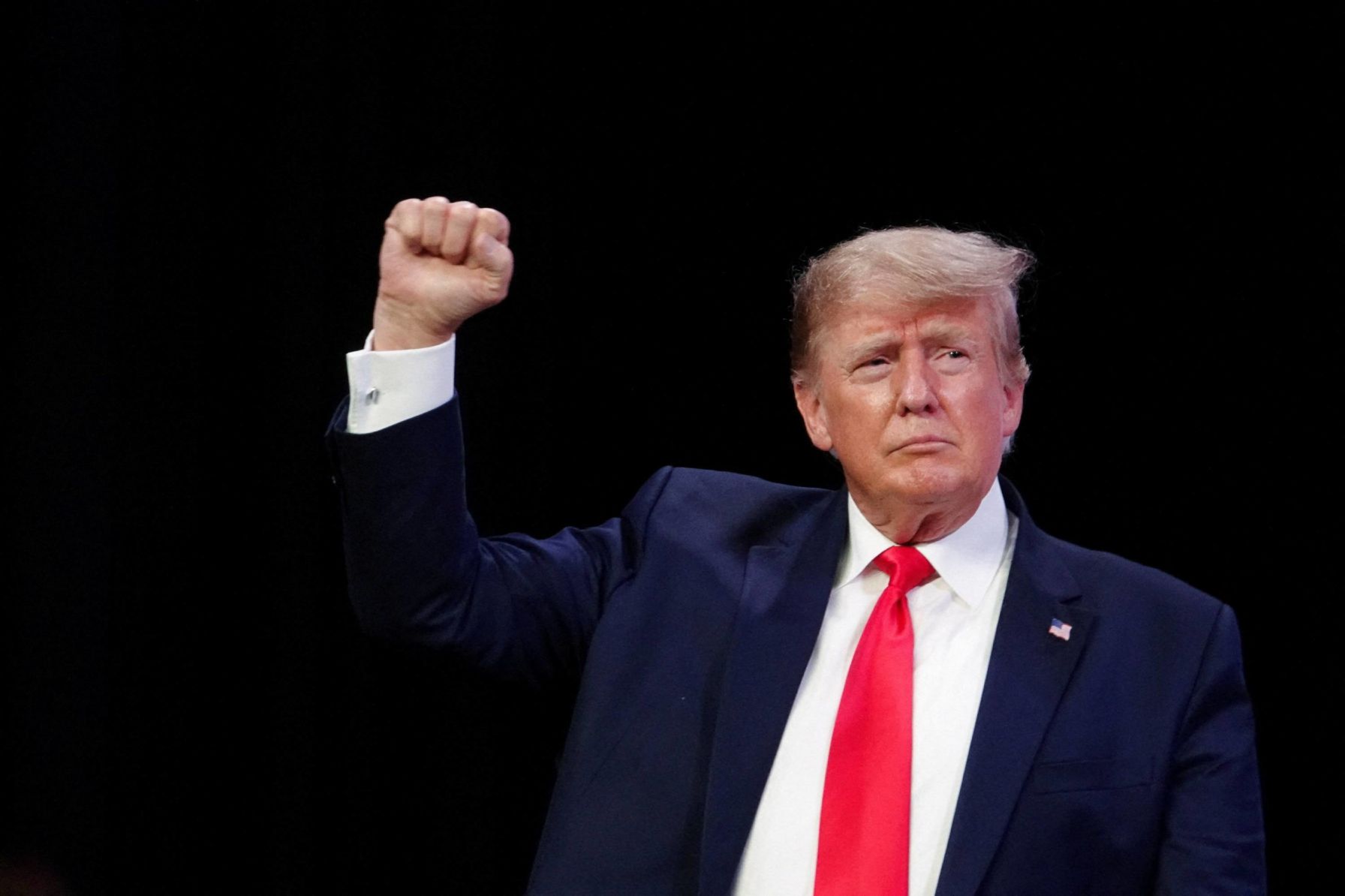 Second, I have more proof liberals, Democrats and assorted socialists/communists/Marxists/globalists are dead wrong. This is the greatest nation in world history, ever blessed by God. The streets are paved with gold. This is the land of opportunity. Our history isn’t evil- it’s better than any country, ever.

Here’s the proof. My life. I’m living the American Dream. I’m a blue-collar S.O.B.- son of a butcher. My father and mother were first generation Americans. My father wore a bloody white apron to work and cut meat for rich people- who treated him like dirt.

Yet I just finished up my 11th interview with the 45th President of the United States. You can watch it here:

Not only is this my 11th interview with President Trump- perhaps as many, or more, than any TV or radio host in America. But I was also honored to be chosen as the opening speaker at seven Trump events here in Las Vegas.

I was invited to the White House six times.

I am a Jewish American and I was blessed to attend the “Abraham Accords” signing ceremony at the White House between Israel and her Arab neighbors.

To top it off, my wife Cindy and I were blessed to honeymoon last Spring at Maralago, as guests on the estate of President Trump.

And in the past year, I became host of not one, but two new conservative television shows on Real America’s Voice TV Network and Lindell TV (yes, Mike Lindell the pillow man’s network at FrankSpeech.com).

Only in America. God bless America.

Now to my interview with #45 (and I hope #47 too). Because we are friends and enjoy mutual respect, President Trump and I always have unique and often ground-breaking interviews.

That’s the big one and the point of this commentary. Millions of conservatives who follow me on TV, radio, newspaper columns, books, social media (I’m back on Twitter again @RealWayneRoot), know me as “the Paul Revere” of the Covid vaccine. I’ve warned louder and with more passion, from the highest mountaintops, about the dangerous, deadly Covid jab- literally from the first day.

This vaccine is the biggest disaster in healthcare history. It’s a complete failure. It doesn’t prevent Covid. It doesn’t prevent the spread of Covid. And I have data and hard evidence from around the world showing the deaths, injuries, heart attacks, strokes and massive immune damage these vaccines have produced. The mortality rate is skyrocketing across America and around the world to the highest levels in recorded history- but only since the introduction of the Covid jab…and only among the vaccinated.

But President Trump disagrees. He thinks the vaccines are a miracle of modern science. He believes they saved millions of lives.

So how can I support Trump for president? Well I don’t just support Trump, I support him 110%. I’m “all in” with Trump, even though we disagree on the Covid vaccine. Why?

First, we agree 100% on every other issue. That puts us on the same team.

Second, above all else, I’m a businessman, CEO, entrepreneur and capitalist evangelist. Business will always be number one for me. It’s in my body and soul. Trump was the greatest economic president of my lifetime, maybe ever. His economy was close to perfection-Trump produced great prosperity; historic middle class income growth; the lowest unemployment ever; low taxes; low regulations; skyrocketing stock market; exploding real estate; along with no inflation and low interest rates.

We need Trump back. Now. Today. We need the Trump economic miracle back.

Now to the Covid vaccine. Watch my interview. What’s important is that Trump is against any Covid vaccine mandate. Trump will never force anyone to take the jab. Period.

Trump also promised to reinstate any military member who was fired for refusing to take the jab- and give them back all their back pay. Even bigger bravo!

And then there’s the children. With Trump as president no child will ever be forced to take the jab to attend public school, or college. When it comes to children, Trump went further. He said, “Children shouldn’t have them. They don’t need them. It’s terrible what they’ve done to children.” Triple bravo!

That’s all I need to hear. It’s a free country. Trump can love the vaccine, I can hate it. But as long as no one is forced to take it, it doesn’t matter.

If you want it, get it. Good luck. You’ll need it. But I will never get it. I will encourage all my family, friends and fans to run away from it. That’s freedom. That’s what America is all about.

That’s why I’ll always be in Trump’s corner. He has my full support and confidence for president in 2024. We need Trump now, more than ever. MAGA.