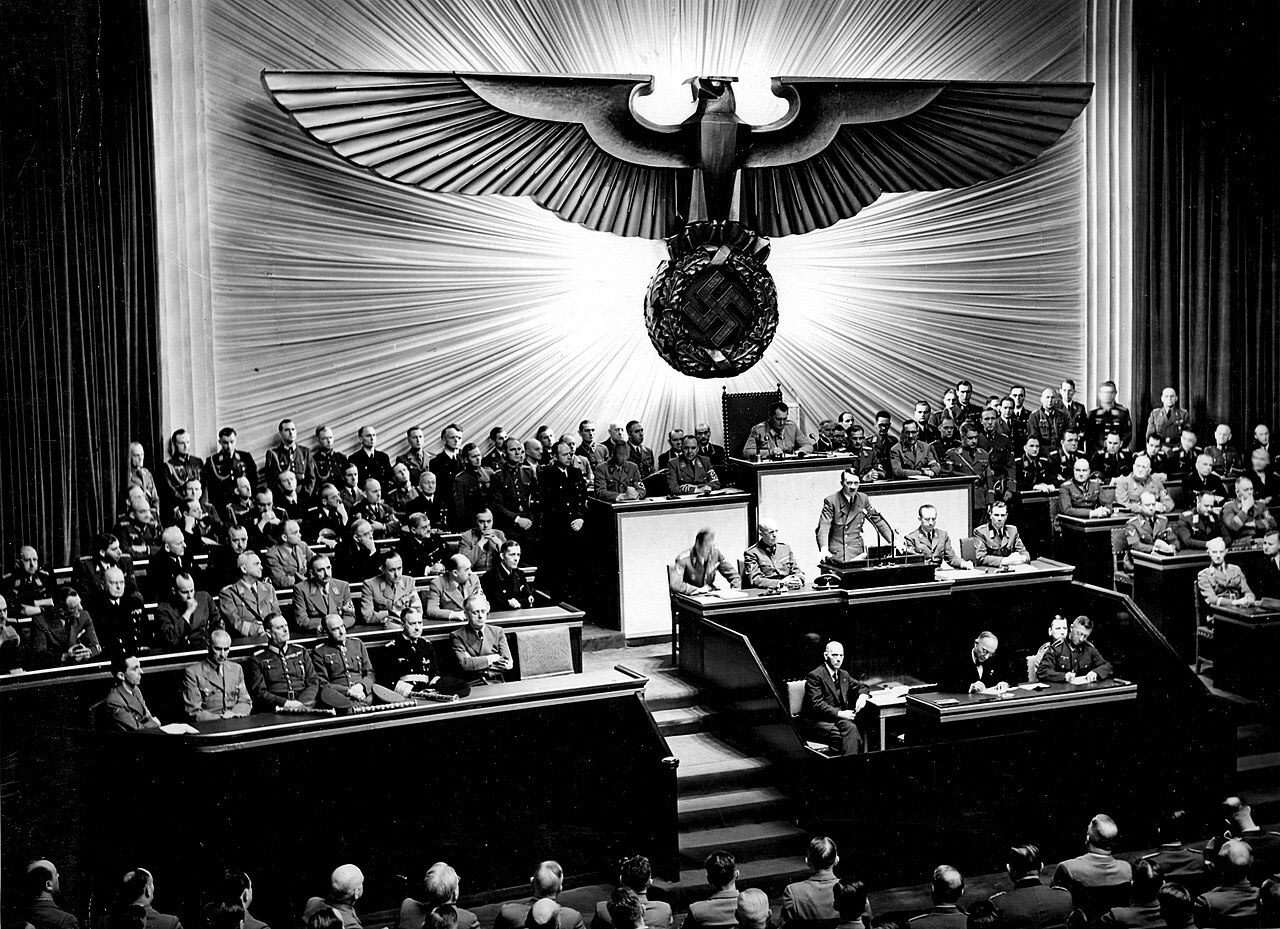 IS AMERICA STARTING DOWN THE PATH OF NAZI GERMANY?

I cannot express how truly sad writing this OpEd has made me. But I’m a patriotic American. And I’m an American Jew. I have studied the beginnings of Nazi Germany and the Holocaust. And I can clearly see parallels with what is happening in America today. Thank God we have President Trump (at the moment) keeping us from heading too far down this tragic path. But I must warn my fellow Americans, we are clearly headed in a frightening and tragic direction.

I know I’m not alone. A recent poll shows 80% of the American public believes things are spiraling “out of control.”

I never thought I’d write the following words about living in America: Those caught in the middle of the recent so-called “protests” in American cities, especially those seeing their businesses looted, burned, or destroyed; police stations burned or seized by radicals; or the downtown business district of their town taken hostage by thugs; finally understand how Jews felt in Nazi Germany on the infamous night of “Kristallnacht.”

This is exactly how it started in Nazi Germany all those decades ago:

·      “Blackshirts” roaming the streets demanding people kneel at their feet.

Amazingly, it’s happening here today. And far too many political leaders, the media, and so-called “good people” are telling us it is acceptable.

·      Many of us don’t fly an American flag at our homes, or dare put a Trump sign on our lawn, or in our store window, or a Trump bumper sticker on our car, for fear of violence or vandalism.

·      Turn on the TV. We all see supposedly rational and respected people calling us “racist” solely because of the color of our skin.

·      Our free speech is monitored, censored, shadow-banned, or outright banned by those who control social media.

·      Our great American history is being destroyed, denigrated or erased. Radicals are toppling the statues of Washington, Jefferson, Lincoln and even abolitionists- heroes who bravely fought against slavery.

·      A black NASCAR driver can wrap his car with “Black Lives Matter,” but an NBA announcer loses his job for saying “All Lives Matter” and a Philadelphia newspaper editor is forced to resign for writing “Buildings Matter, Too” as his city burned.

·      Demented “Never Trumper” Rick Wilson tried to destroy Domino’s Pizza for a corporate tweet thanking a prominent Trump supporter for a compliment about their pizza…in 2012…before Trump ever even got into politics.

When did America lose our freedom of speech and expression? When did we decide to erase all of our history? Isn’t that what ISIS does?

OPEN YOUR EYES. Study what happened in Nazi Germany began during the infamous night known as “Kristallnacht.” The night of November 9-10, 1938 marked the beginning of the attack on Jews by the Nazis. Jewish homes and businesses were looted, desecrated and burned while the police and so-called “good people” stood by and watched. Nazis laughed and cheered as books were burned.

The name ‘Kristallnacht’ refers to the litter of broken glass…exactly the same as what we saw take place in major American cities over the past few weeks. How did they compare? See the blocks of boarded up businesses all over Manhattan. See 700 buildings burned in Minneapolis. See downtown Seattle run by a “warlord” and armed domestic terrorists with AR-15s.

Today’s version of book burning is Amazon banning “Gone With The Wind”…Google blanking out pictures of Winston Churchill…Hollywood cancelling “Cops” and “Live PD.”

Yes, all that happened in just the last few days. You may not have heard about it because it was scarcely reported by the mainstream propaganda media.

Never forget the famous Holocaust lesson…After they have come for me, they will come for you, and there will be no one left to stop them.

Trust me, they’re coming for all of us.

They won’t stop. This will only get worse. Unless we draw a line in the sand, stand up to the bullies, fight them tooth and nail, and stop them now, before this gets out of control.