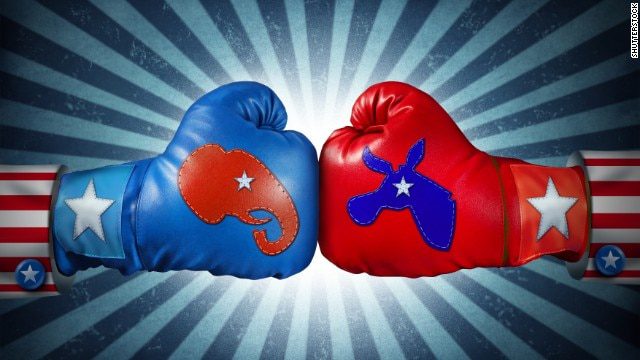 Here are the Issues That Will Destroy Democrats in the Midterms. Unless GOP is Blind, Deaf, Dumb, or Complicit

Never in the history of America have these words applied more perfectly:

“Who you gonna believe- me, or your own eyes.”

The Democrats are so dumb, they’re literally handing the midterm election to us. Because anyone with a brain can see the disaster perpetrated by Biden, his radical Marxist handlers, Nancy Pelosi and the Democrat Congress, and pretty much every other Democrat politician across America.

This is a full-on communist attack and takeover of the United States. They’re destroying the economy and trying to wipe out the middle class. Anyone can see the disdain, disrespect and hatred Democrats have for middle class and working class Americans. And in particular, their obsession and crazy level of hatred for white straight males.

The question is, is the GOP too blind, deaf, dumb, or complicit to take full advantage of what we can all see with our own eyes?

We don’t want the GOP politicians or campaign consultants to decide the priorities, or design the TV ads. They’re so ignorant, bribed, blackmailed, cowardly, and/or complicit, they couldn’t find sand in the Vegas desert. They have no clue what average everyday Americans think.

I’m an S.O.B- son of a butcher. And I always think like my father the butcher. I have more understanding of what working class and middle class American voters are thinking than all the political big wigs in DC combined, SQUARED.

But instead of telling you what average voters think, I actually asked them. I polled my 20,000 person database of Wayne Root fans. I asked a simple question…

“What do you think is the number one most important issue for the November midterms?”

And here is what I found out. This is EXACTLY what the average working class and middle class American voter is thinking.

Almost everyone chose the same top issue- INFLATION. This is a billion-dollar message to the leaders of the GOP, RNC and Republican politicians from sea to shining sea. Voters are angry, concerned and motivated about many bad things happening in America since Biden took over. But nothing compares to inflation- especially the cost of gas and groceries.

The next closest answer as the top priority for the midterms was open borders and illegal immigration. Most of the people who responded with “inflation” added open borders as their second choice.

Coming in third place was the stolen 2020 election, voting fraud and election integrity. All the liars and morons in DC and the mainstream media who keep saying the election was fair and square, don’t know squat about what real Americans think. Everyone with an ounce of common sense knows the election was stolen and the walking cadaver with mask, diapers and dementia known as Joe Biden is the illegitimate president of the USA.

After those three top issues for my 20,000 fans, here are a few more issues that hit the radar screen …

*The Great Reset (aka the communist attack on America).

*Government corruption and eradicating the Deep State and DC Swamp.

*Over-reach by the federal government and the weaponization of federal agencies.

*The mass crime wave and theft epidemic in cities across America.

*An end to vaccine mandates.

*The Democrat Party and the left’s hatred for America.

*Woke teachers and communist/CRT/transgender brainwashing in public schools and colleges.

*The fake news media and the propaganda they spread.

*Banning and censorship by Social Media.

These are the issues working class and middle class voters care about. All of them are important, but I’ll remind you again- inflation is the issue for the midterms.

The Democrat Senate passing a bill adding 87,000 IRS agents and weaponizing them with advertisements asking for applicants willing to use deadly force scares the heck out of middle class America.

Under Democrats, the government clearly hates the American people. They are turning the IRS into a modern-day Gestapo or KGB. These 87,000 agents will be used to destroy average middle class Americans, small business owners and PTA moms and dads. All three groups of course make up the Silent Majority- who votes, supports and donates to the GOP.

The GOP needs to run nonstop TV ads showing IRS agents armed with machine guns and assault rifles breaking down suburban doors, pointing guns at the heads of PTA moms and dads, throwing grandma to the floor. Then end each TV ad with this sentence: “If you like an extra 87,000 IRS agents using deadly force against middle class America and small business owners and PTA moms, vote Democrat.”

These are the issues that will win a GOP landslide this November, if you stick to the script. If the GOP wants to win. If the GOP isn’t blind, deaf, dumb, or complicit.

This is your roadmap to a landslide victory- as determined by the people. Not the DC Swamp.