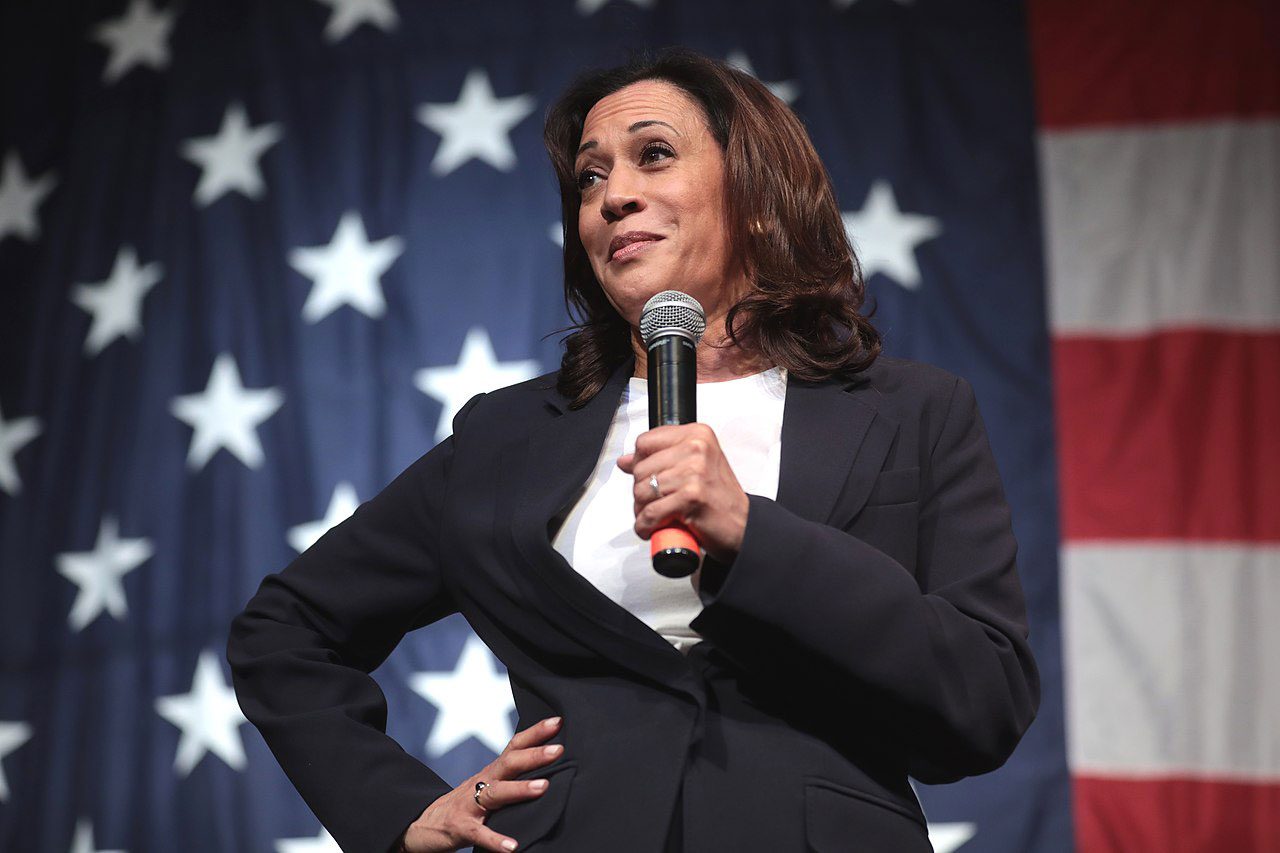 Kamala Harris is the Perfect Choice for VP

Kamala? Really? Well one thing is clear: Michelle said “NO.” Maybe even “Hell NO.”

Don’t get me wrong. Kamala Harris is the perfect choice for Basement Biden’s VP…if your only criteria is “black female.”

Because other than that, Kamala offers nothing to Biden. As in zero. Zip. Nada. The Kamala Harris VP choice is one of the great head scratchers in presidential political history. It just doesn’t make sense.

Except, of course, Biden wanted and needed a “black female.” Remember only 24 hours before announcing Kamala as his VP choice, 100 black male leaders from the fields of politics, business and entertainment, sent Biden a letter demanding a “black female” VP choice, or he’d surely lose election.

Enter Kamala. She’s certainly got the credentials…if your only criteria is “black female.”

So, let’s look at what Kamala actually brings to the Democrat Presidential ticket.

First, she is unlikeable. Kamala shares the lead in a space formerly owned exclusively by Hillary. Pretty much everyone who knows Kamala, doesn’t like her. She is mean and nasty. She was intolerably nasty to Joe Biden in the Democrat presidential debates. Her style was so unattractive to voters, she was forced to end her campaign soon thereafter.

Secondly, that brings up her presidential campaign results. Biden desperately needs star power and energy. His ship is sinking- even those 100 black male leaders recognized that reality. But Kamala already ran for president. Democrat voters roundly and soundly rejected her. Remarkably, black voters overwhelmingly rejected her. She didn’t get one delegate. She was an awful failure as a candidate. How can she help Biden, when she couldn’t help herself?

Third, remarkably, Kamala has made nasty negative comments about Biden. Comments that will be used nonstop in President Trump’s television commercials. She intimated that Biden is a “racist” and stated publicly that she believes Biden’s accusers (charging him with inappropriate touching).

Fourth, she has the most liberal voting record in the US Senate, to the left of Bernie Sanders. She supports Medicare for All, open borders, the insane Green New Deal, free college and gun confiscation. Her ideas are radical and extreme left. Her policies would bankrupt America. So, we know conservatives despise her.

Yet somehow, Bernie Sanders liberals despise her too. She is a very unpopular pick with the noisy radical left of the Democrat Party. Like I said, she joins Hillary in the category of thoroughly unlikeable to everyone. That’s a unique talent. Congratulations Kamala.

Fifth, here comes her record as a prosecutor. This could be why the left hates her. But doesn’t everyone hate a hypocrite? She laughed when admitting she smoked marijuana, while putting almost 2000 marijuana users in prison. Bernie’s voters aren’t laughing.

Sixth, her very public sexual affair with a married Willie Brown makes her quite possibly the biggest turnoff in history for Christian voters. But hey, give the Democrats credit. In four years, they’ve gone from a female candidate known for having a husband who cheated on her…to a candidate known for cheating with married men. I guess that’s progress!

I’ve saved the best for last. I’m no prude when it comes to sex. I was the Libertarian Vice Presidential nominee in 2008. I believe what you do in the bedroom is your business- as long as it doesn’t cost taxpayers a dime. Kamala chose to have an affair with a married man, 30 years her senior. Her business. Kamala chose a powerful politician. Her business. Kamala got major political appointments to California Commissions that paid her over $400,000 to start her career. Now that’s our business.

Every taxpayer has a right to find that disgraceful. I believe that is the definition of a rip-off. It’s corruption. It’s political patronage. It’s massive conflict of interest. It may constitute fraud- theft of taxpayer money.

Think about this for a moment. Let’s flip the script. We know the media went insane with hysteria over private citizen Donald Trump’s affair with Stormy Daniels from a decade ago- when Trump had no government position, and paid her with his own private money. Where’s the crime? There was none.

What would the media say if President Trump had an affair with a woman 30 years younger and gave her two cushy government commission jobs- paying out hundreds of thousands of dollars of taxpayer money. I can’t imagine the furor. I know we’d be having impeachment hearings right now.

Now skip ahead twenty years and imagine if that gal Trump had the affair with, who accepted hundreds of thousands of dollars of taxpayer money as a result of having sex with a powerful politician, was now on a Republican presidential ticket. Oh boy.

Biden picked her knowing all that? If you’ve ever questioned his judgement and massive decline of cognitive skills, this is the proof positive.

Biden clearly has no idea what he’s doing. But he sure made the perfect VP pick…if the only criteria is “black female.” Or if the definition of “perfect” is perfect for Trump.