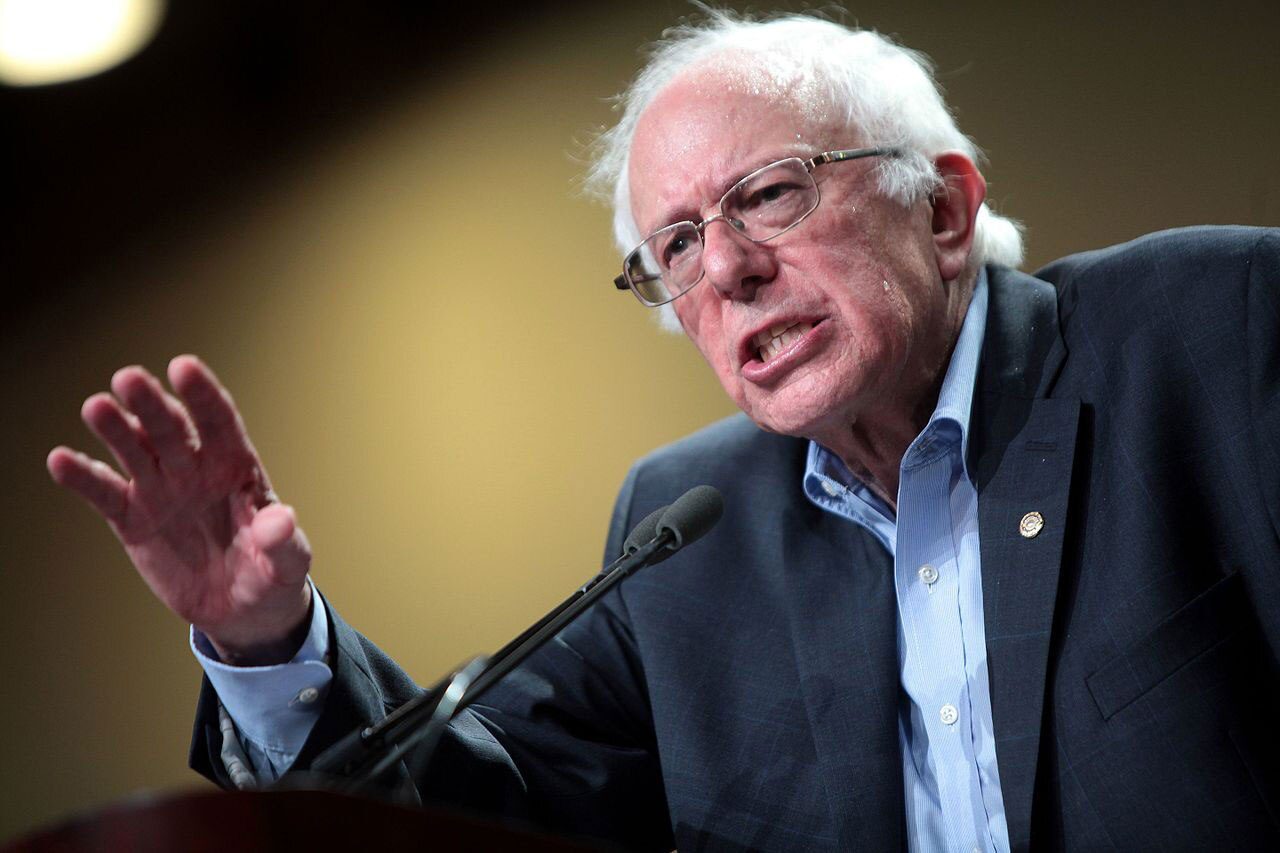 Has our country gone mad?

I still can’t believe some portion of America would vote for this radical, extreme, America-hating, socialist/communist madman. I can’t believe the people who teach our children (here in my hometown of Las Vegas, the Clark County Teachers Union) endorsed this crazy man. I can’t believe Nevada Democrats just handed Bernie a landslide caucus victory.

These people are actually walking among us. They are our neighbors. Think about that for a minute.

How bad is Bernie? Bernie just defended Fidel Castro’s education system. He said you cant say everything is bad, just because the man was a dictator. Bernie reported he did some good things.

Let’s put the shoe on the other foot. What if a conservative like me said, “I’ve studied the Civil War. Although the Confederates were defending slavery, they did some good things…just because of slavery, you can’t paint everything they did as bad.”

Can you even imagine the firestorm? Because it doesn’t really matter what “good things” may have happened during slavery. The evil and inhumanity of slavery kind of outweighs everything else. Don’t ya think?

Does Bernie ever consider “the good that Confederates did,” while enslaving millions of blacks? While beating them daily? While branding them with irons? While murdering slaves who tried to escape? I think any good is erased, don’t you?

Then, he tripled down and defended him again.

That’s gotta be the canary in the coal mine. That’s gotta send shivers down your spine. It’s not just Bernie’s love of all things Castro and communist that should frighten you. It’s that he doesn’t bother to hide it.

Bernie says it publicly, loudly and proudly. He doubles down, while running for president, with the world watching.

I don’t care if Castro ever did something good. It all pales alongside the arrests of political opponents, torture, murder, firing squads, forced slave labor camps, stealing of private property, turning the lives of every Cuban (except himself and his cronies, of course) into a living hell of unimaginable poverty and misery.

How bad was Bernie’s hero Castro? Cubans risked death on flimsy rafts, over shark-infested waters to get away.

But to Bernie, the end clearly justifies the means. He admires Fidel Castro. If that’s what it takes to produce fairness, equality, social justice, redistribution of wealth, free healthcare and education, Sanders can rationalize it.

And as a bonus, Bernie is an atheist Jew who hates Israel, and takes the side of Hamas, Hezbollah and the Palestinian Authority.

Bernie is honest to a fault. He’s telling us what he really believes. We’ve gotta take him at his word. When a man is such a Kool-Aid-drinking true believer, that he’d defend a communist mass murderer, that’s the tip-off of what we’re really dealing with.