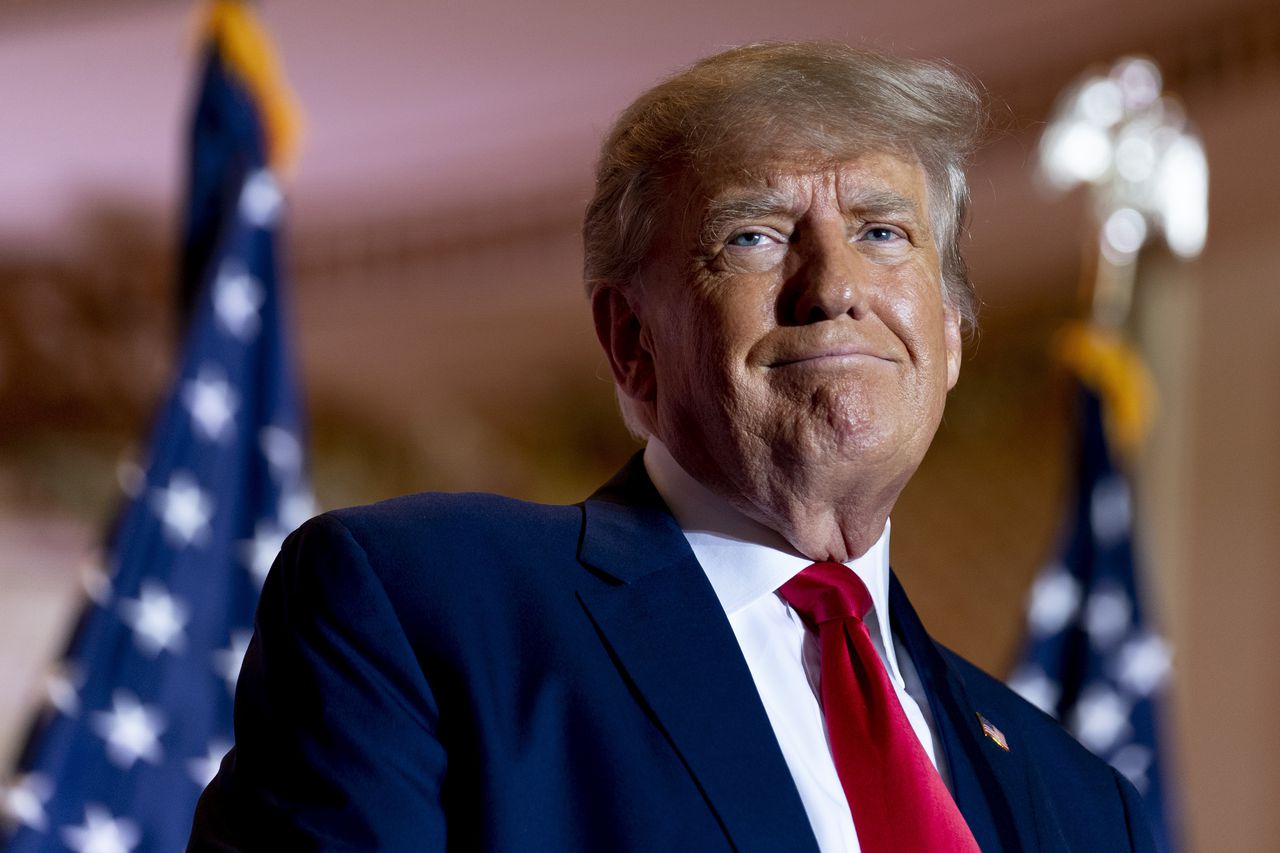 I told you so. My plan worked. It just worked in a way I never imagined.

Like Martin Luther King, I had a dream. My dream was Trump as House Speaker. I was the first in America to propose the idea in a commentary on 1/30/21. Then I talked about it nonstop for months on my nationally-syndicated radio show. I personally lobbied President Trump in numerous appearances on my radio and TV shows.

But Trump made it clear he never really wanted it. Trump is always number one. The Chairman of the Board. The 5 Star General. He doesn’t take orders from anyone. I think he always looked at Nancy Pelosi, Paul Ryan and John Boehner (the last 3 House Speakers) as errand boys and girls. Order takers.  So, Trump never wanted the job. Not enough star power for him.

Who’d give that life up?

Trump did. To save America and the forgotten middle class. To fight the DC Swamp and the Deep State. To make America great again. He gave up his one-in-a-billion life for you and me!

Trump plays chess at much higher level. My idea was a good one. Trump just made it happen in a different way. You see, Trump is the newly elected House Speaker. Just not in name. In name, the title goes to Kevin McCarthy.

But guess who got McCarthy elected? Trump. And guess who controls McCarthy’s every move as House Speaker? The MAGA, America First, loyal Trump members of the Freedom Caucus.

This is “the House that Trump Built.”

Few understood why Congressman Matt Gaetz and his band of merry Trump warriors embarrassed McCarthy for 15 excruciating rounds. It was all about extracting every last conservative MAGA concession from McCarthy. To make sure McCarthy understood that MAGA was his master.

And look at what we got McCarthy to agree to…

*Allowing just one member of the GOP Congress to move to vacate the speaker’s chair. Meaning if McCarthy doesn’t keep his word to Trump conservatives, he’s out on a moment’s notice. MAGA is the Master!

*McCarthy had to agree to give three members of the Freedom Caucus seats on the powerful House Rules Committee. Guess who now decides the fate of every bill in Congress? Trump might as well be House Speaker. Nothing will happen without a wink and nod from Trump.

*The new draft rules McCarthy agreed to will prevent any new increases in spending. Any legislation that increases spending will never see the light of day. Any proposed raising of the debt limit will be very difficult.

*McCarthy also agreed to a requirement for 72 hours before any bill comes up for a vote. Meaning members now have time to actually read a bill before voting on it.

*McCarthy agreed that his PAC will stay out of future GOP primaries- thereby allowing MAGA candidates to prevail, without being outspent by establishment RINO candidates.

*McCarthy agreed to establish a committee to investigate the weaponization of the federal government- in particular efforts by the FBI and national security agencies to influence elections in favor of Democrats, as well as silence and punish conservatives.

His second act was to boot from committees three radical Democrats (some would say 3 traitors to America): Adam Schiff, Eric Swalwell, and Ilhan Omar.

His third act was a vote to require immediate medical attention for babies still alive after an attempted abortion. Once born alive, they are now a “legal person” with the right to medical care. Can you even imagine- 210 Democrat Congressmen voted against this bill.

His fourth act will be a vote to abolish the entire IRS, eliminate the income tax and set up a “Fair Tax” system (relying only on sales taxes).

House Republicans also immediately filed articles of impeachment against DHS Secretary Mayorkas- the man most responsible for the open border (other than Biden and Kamala).

And Congressman Matt Gaetz announced the GOP Congress will soon release 14,000 hours of January 6th video tapes that were hidden by the Democrat Congress.

It turns out that 15 rounds of voting for House Speaker was the most brilliant move in political history. It’s chess at a level only Trump plays. It’s the biggest conservative MAGA victory since Trump’s 2016 election.

This is now “The House That Trump Built.”

Yes, Trump took my idea and ran with it. Trump is now the de-facto House Speaker…without any of the day-to-day work that would prevent him from running for President. Nothing in Congress will happen without Trump’s approval. And Trump runs the whole show direct from his beloved Maralago.

That’s called having your cake and eating it too. And…

That my friends, is playing chess at one heck of a world-class level!