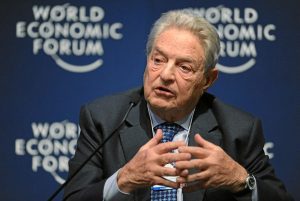 Mohammed Ali once said, “It ‘aint bragging if you can back it up.” I’m not bragging. I’m proudly reporting facts. The first political commentator in the country to suggest President Trump should bypass Congress and use Executive Action to declare a “National Security Emergency” and grab the funds from other government agencies to fund the wall was…

Yours truly- this proud conservative warrior and RJ columnist. My column was published in the Las Vegas Review Journal back on Sunday November 18th.

In advance of publication, I was the keynote speaker for the Wyoming GOP annual dinner on Friday November 16th. I explained my idea for President Trump to declare a “National Security Emergency.” I received not one, but two standing ovations. I knew I had a winning idea for the President.

So, immediately after my Wyoming speech ended, I sent my column to my great friend Lee, who is a dear friend of President Trump. He hand-delivered my column to the President of the United States at Maralago on Sunday November 18th. Lee called to tell me President Trump said, “You know how I feel about Wayne Root. I love Wayne’s columns. I promise to read it tonight.”

Today this “National Security Emergency” is known far and wide as President Trump’s leading option for building that wall, if the Democrat Congress won’t agree to a compromise. I love this country. I want to save American exceptionalism. I want to save the quality of life of the great American middle class. I want to make America great again. I am bursting with pride that my idea might play a part in history.

Now to three clear-cut reasons Democrats are either liars, fools, hypocrites- or a combination of all three.

*Democrats claim “there’s no crisis.” How would a clueless, out of touch, D.C. politician know? The only experts who know if there’s a national emergency at the border, and if a wall would solve the problem, are border agents. Go ask them. I dare you. I know lots of them. They all agree there is a crisis. They all support a wall. A huge majority support President Trump.

*Democrats claim the wall is “immoral.” Really? Then why did Democrats pass a budget only ten months ago that gave away $500 million of your taxpayer money to fund a wall…in Jordan?

Not one Democrat called it “immoral.” Not one Democrat said, “walls don’t work.” Democrats simply gave your money away to a far-away Middle Eastern country to build a 287-mile wall.

For those who want to look it up, it’s section SEC.9011 on page 394 of the 2018 omnibus spending bill that funded our government.

*President Trump gave a great address to the nation on Wednesday night. I gave him an “A.” There was only one thing missing. He should have gone “Ross Perot-style.” He should have shown charts to the American people with aerial photos of all of the mansions owned by leading Democrat politicians and donors, surrounded by walls or guard gates.

Saying it is one thing. But showing it is everything. That’s why kids have “Show and Tell” at school. You have to see it, to believe it.