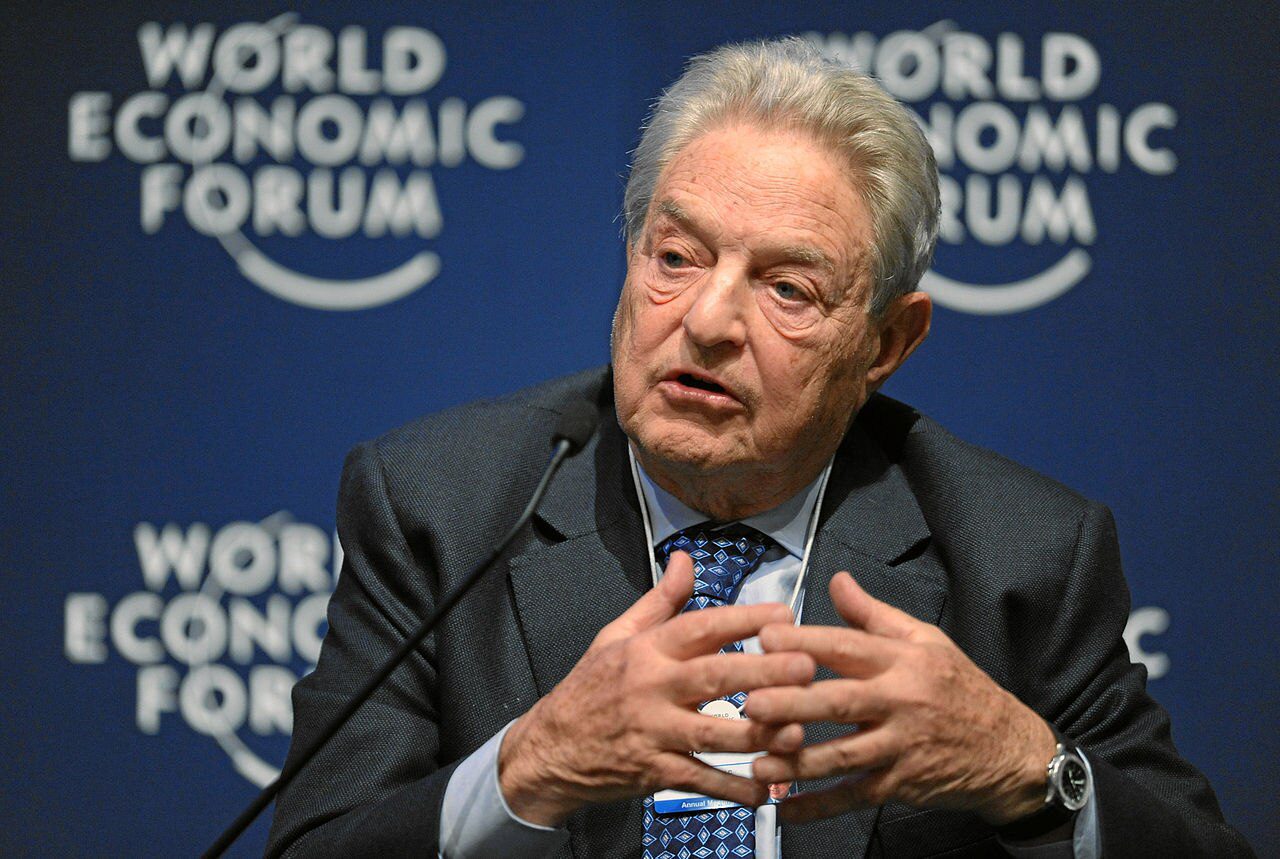 Mr. President, you’ve taken step one: Declaring Antifa a domestic terrorist organization. That was a brilliant move. Now it’s time for step number two: Cut the head off the snake. We’ve got to move to aggressively cut off the funding of domestic terrorism.

Those who provide funding are terrorists themselves. Who is providing the funding? There are many suspects. Suspect number one is globalist billionaire George Soros and his Open Society Foundation. It starts there.

Is Soros guilty? That’s way above my pay grade. That’s why we need a global investigation. And indictments and a trial.

My fellow Americans, we are at war. We must face it head on. The evil globalist and socialist elites are out to bring down and destroy America.

Their political arm is the Democrat Party.

Their propaganda arm is mainstream media and social media.

Their funding arm is Hollywood and Silicon Valley billionaire elites.

Their brainwashing arm is made up of millions of Marxist public school teachers and college professors.

And, as we are now seeing on the streets of US cities, their military arm is Antifa.

There’s no need to question what’s happening. You can see it with your own eyes. This nationwide rioting, looting, burning and attacks on police, is all clearly coordinated by allies of Democrat Party: Socialists, Marxists, communists, globalists, radical extreme open borders madmen. They are the world’s most evil people, who hate everything USA stands for. And they are carrying out a detailed plan of domestic terrorism.

I learned this plan at Columbia U with my classmate Barack Obama. It was called “Cloward-Piven” (named after a husband/wife team of Columbia professors). All the wealthy elitist kids I met at Columbia believed in this plan. They all bragged about being socialists and communists. They hated America, hated capitalism, hated business owners, and perhaps most of all, they hated white people.

Psychologist Sigmund Freud would have a field day with these vicious, mentally-ill, intellectual, self-hating liberals. Because they were all the things they hated. My classmates were white, rich, the children of wealthy business owners.

And my classmates repeated over and over again, they wanted to overwhelm the U.S. economic system, bankrupt the wealthy, close all the businesses, and burn it all down.

Look around. It’s happening. First with the lockdown and closure of the US economy because of media hype, hysteria and over-exaggeration about the Covid-19 pandemic.

And when that didn’t finish the job, they moved to Plan B: Riots, unrest, looting, torching, assault, and even murder to finish the job.

There’s no need to debate. It’s all happening in front of our eyes. We are at war.

It’s no accident that Democrat Governors and Mayors are the ones fighting the hardest to keep the economy closed.

I’s no accident that Antifa thugs are showing up with bricks and Molotov cocktails to lead riots and burn cities on the very week many businesses were set to reopen.

This is no amateur hour. This was planned, organized, coordinated and funded by our enemies. Thugs are being bussed and flown into big cities to lead riots. Their weapons have been delivered to protest sites ahead of time.

And where did all the violent thugs and hooligans come from? The liberal DA’s and liberal sheriffs (put in place in many cases by the funding of George Soros and others like him) let the felons out of prison. Those are the scum looting and torching.

Someone is paying for all of this. It’s time to take aggressive action to prove who it is.

Here is a plan Mr. President to stop the unrest and end the crisis.

1.  Cut the head off the snake. Just like the battle against Islamic terrorism, follow the money. Order a worldwide investigation by the DOJ/FBI/CIA into the funding of domestic terrorism. Suspect number one has to be George Soros and his Open Society Foundation. But there are many more wealthy globalists and socialists involved. I’d look into the Clinton Foundation too.

2.  Sign an Executive Order doubling or tripling prison sentences for any felony committed during riots or unrest. These are “hate crimes.“ These offenses deserve special harsh punishment under the umbrella of “domestic terrorism.”

3.  Bring in the National Guard when circumstances warrant, with or without the approval of Democrat Governors. A brave young police officer was shot in the head during a Black Lives Matter protest here in Las Vegas on Monday night.

He is in grave condition, on life support. He might very well be home healthy, with his family, if National Guard had been on the streets that night, backing up police. We can’t afford to wait for Democrat Governors to act.

4.  Don’t stop with the investigation of George Soros and other potential funders of domestic terrorism. Investigate Democrat Governors and members of Congress with ties to Antifa. They are doing the bidding of domestic terrorists and enemies of our country.

5.  Intercept all those piles of bricks left by Antifa at protest sites across the USA, load them on trucks, drive them to the Mexican border, and use those bricks to build our wall. That’sturning lemons into lemonade!

WE ARE AT WAR. It’s time to take aggressive action. And it’s time to pick a side. You are either for “Making America Great Again”…or you are against it. If you’re against it, you are an enemy of the America.