Mr. President, We Can Save Economy and Stop Covid-19 with This Executive Order 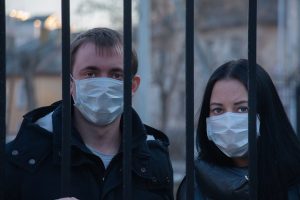 Mr. President, this is the most important column I’ve ever written. We have a successful treatment for Covid-19. Now we need an Executive Order from you to put it into play.

More on that in a minute.

Let me first mention a few reasons we don’t need to panic. Covid-19 is not the end of the world, or America.

First, why was the liberal media playing up “deaths” for months…putting daily “death counts” on the front page of newspapers…yet now that the death count has dropped dramatically, they’re using “cases” as the new metric. Are they trying to create hysteria? Do they want the economy shut down?

Second, why isn’t anyone comparing Sweden with Michigan? Sweden is a country of 10 million that never closed their economy. Not for one day, not for one minute. Everyone went about their business and lived their lives. They have 5,545 dead.

Michigan is a state of about 9.9 million. The same size as Sweden. They locked down their citizens and closed all their businesses, tighter than any state in America. They have 6,075 dead. More than Sweden.

This proves there is no need to ever shut down our economy, or lockdown the people. It doesn’t work. Period. End of story. It’s the perfect apples to apples comparison. Sweden is the winner. Michigan is the loser.

People will get sick with Covid-19 no matter what we do. But when you close the economy, the cure is worse than the disease. Not just for the people who are broke, with their businesses closed, jobs gone, lives in shambles. Government has it even worse. Every state and city government in America is now hopelessly broke and desperate.

That’s the result of just one closure that lasted only two months. If we close again, we will destroy the US economy forever. Third, and here’s the big one. I keep asking this question, and I’m still waiting for answer. What is the difference between Covid-19 and the Hong Kong Flu of 1968-69? By every measure it appears to be a carbon copy. It’s the same flu pandemic, from the same place, with the same results- over 100,000 dead at a time when America was dramatically smaller.

Nevertheless, we never closed the economy, or sports events, or concerts, or Vegas casinos, or schools, or anything. We let Woodstock go on in the summer of 1969, with over 400,000 young people having sex with strangers, playing on top of one another in the rain and mud. It didn’t ruin America. The media said nothing about it. There was no panic or hysteria. There were no lockdowns, or shutdown. It was the flu. Life went on. So, what’s the big difference today?

Other than Donald J. Trump as president.

Other than a mentally insane and vicious left with “Trump Derangement Syndrome.”

Other than a nation filled with liberal snowflakes, afraid of their own shadow.

Other than a Democrat Party willing to do anything to stop Trump- including destroy Trump’s economy, or lock us all in our homes, demand a mail-in ballot election, and steal the election from Trump and the Silent Majority (because they know that’s the only way they can win).

Now to the solution. This solution saves the economy. It protects the elderly. It stops the panic and hysteria. No one ever again needs to fear leaving their home. We can all go to work. We can save thousands of lives. Because we have a treatment that works.

My guest on my national radio show “Wayne Allyn Root: Raw & Unfiltered” on USA Radio yesterday was Dr. Vladimir Zelenko, MD. This brilliant New York doctor has treated 2,200 Covid-19 patients. He’s had a success rate of 100% for low-risk patients…and a success rate of 99.3% for high-risk patients. By using Hydroxychloroquine, zinc sulfate, plus Z Pak antibiotic. He has named it “the Zelenko Protocol.” It’s the synergy that works. Without zinc and Z Pak, the drug hydroxychloroquine doesn’t work effectively.

The other key to success is to use this 3-part protocol within five days of symptoms appearing. It has to be used early, before the patient winds up in the ICU. That’s why several studies of Hydroxychloroquine have failed. They never used zinc sulfate and they started the protocol too late.

Only two out of 2200 of Dr Zelenko’s patients died. Of those two, one already had cancer. The other was very old and already very ill with Covid-19 before using the protocol. By that time, it’s almost always too late.

We all need to follow Dr. Zelenko’s regimen. It will save lives. It opens up the US economy for good. But we can’t. Doctors won’t prescribe the so-called “Trump drug.” Liberals, the media, the FDA, government bureaucrats- none of them want to give Trump the credit if it works. Politics is killing thousands of Americans.

Mr. President, we need an Executive Order. Immediately.Put the federal government’s money and resources behind a fair and honest study of “the Zelenko Protocol.” In the meantime, every sick American must have the freedom to choose this “Zelenko Protocol.” We have a right to choose. We have a right to live. But Mr. President, we need you to make it happen. Today.