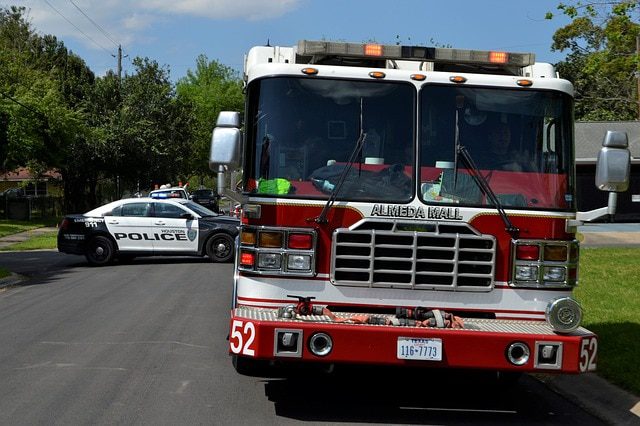 Police, Fire, Military Being Gutted by Vaccine Mandate. Is This China’s Plan to Destroy USA?

By adminSeptember 23, 2021No Comments

I have bad news and good news.

I’ll save good news for the end- because you need to know there is hope.

The bad news is, the country is on fire, thanks to the brain-dead, feeble, old man with dementia (aka President Joe Biden). If you don’t believe me just see the 14,000 Haitian illegal aliens hiding under a bridge in Texas, and now released into America by Biden. That should help the Covid pandemic.

But the worst is yet to come. I’m referring to Biden’s vaccine mandate. This is the most dangerous threat to our national security in history.

As a nationally syndicated radio host I get thousands of emails a week. The ones I’m getting right now are downright tragic. I’m getting heartfelt letters of anguish from policemen, firemen, paramedics, nurses, corrections officers, active duty military, military fighter jet pilots, even Navy Seals.

They’re all getting ready to quit, or be fired, because of vaccine mandates. They do not want the vaccine. Even if they have to give up their pensions. Even if they are one year away from retirement and a six-figure pension.

They’ve studied the vaccine. They know the dangers. They know it’s crippling, killing and weakening the immune systems of millions of Americans. They’ve seen the Project Veritas undercover videos of US government healthcare workers admitting the Covid vaccine is killing and injuring Americans. And admitting our government is covering it up.

As First Responders, many have seen the carnage up close and personal. They see the vaccine-injured every day in the ER or ICU.

The mainstream media is blacking out this story like it’s on Hunter Biden’s laptop. But the numbers of First Responders who quit, retire, or get fired will be shocking. The damage to our country will be devastating.

You think I’m exaggerating? I’ve only seen one poll made public on this topic. In San Diego 65% of the cops say they’ll quit rather than take the vaccine.

It turns out my educated guess is low.

Our national defense will be in shambles. China can just sit back and watch us self-destruct. Did you ever think maybe that’s the plan? Just this week a whistleblower reported China purposely released Covid at the Wuhan Military Games in October of 2019.

So, maybe, just maybe this whole vaccine mandate disaster is “made in China.” Dividing America, weakening our economy, gutting our military, creating a shortage of frontline First Responders, is a dream-come-true for China.

This is how China wins WWIII without firing a shot.

This book even includes the actual phone numbers and emails to contact the top liberal and woke CEOs in America.

And I have proof it works. A book buyer contacted me yesterday. He was giddy. He emailed three CEO’s of the biggest companies in America- with the contact information provided in my book. Within hours all three CEOs personally responded. He sent me their emails. All three big shots were clearly scared to death by threats of a boycott by this conservative. But that was from only one person contacting them.

Can you imagine what we can achieve when 100,000 conservatives, or 1 million conservatives contact corporations and politicians to threaten a boycott. This is the game-changer.

This battle isn’t over yet. Not by a longshot. I believe we can keep the wolves at bay with the strategy found in my book. And then in 2024…

As Winston Churchill said, Never, never, never, ever give up, or give in.” Keep the faith. The cavalry is coming!