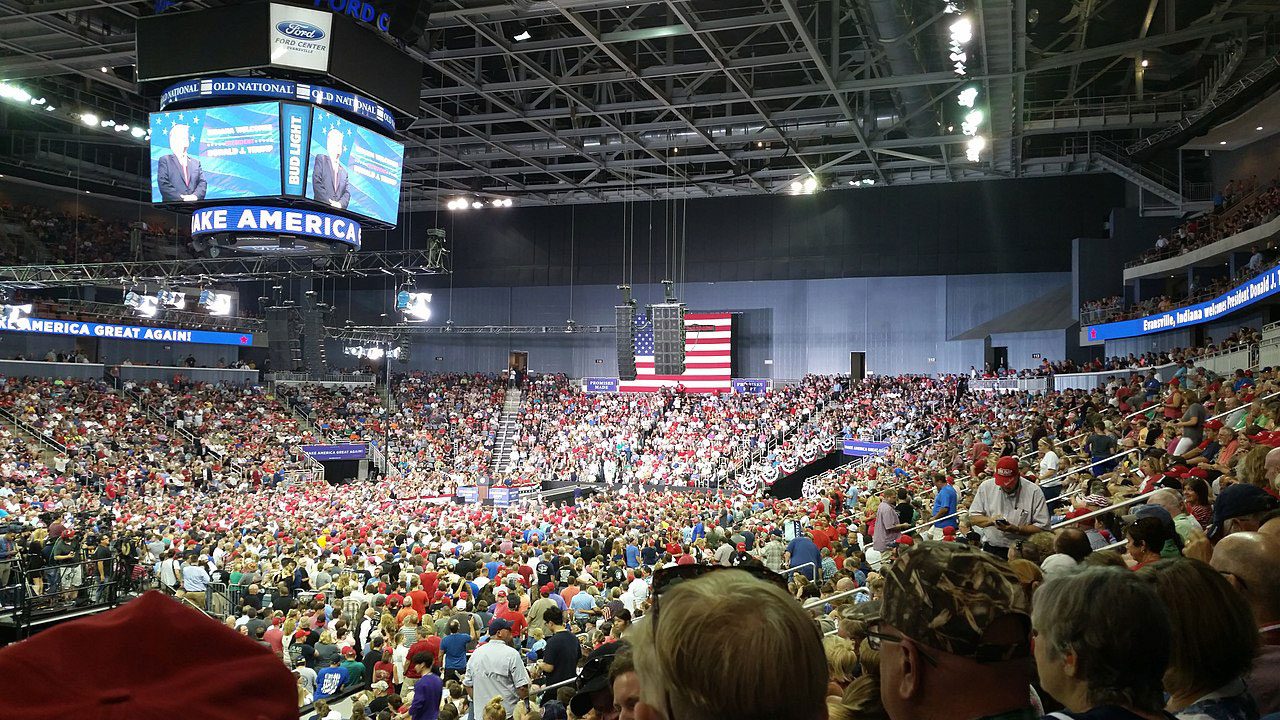 I had a Super Tuesday. I want to share it with you.

I spoke at the Nevada Republican Club this past “Super Tuesday.” Or as Joe Biden calls it, “Super Thursday.” It was the biggest sell-out in the club’s history. It was a madhouse. Hundreds attended. Many more were turned away. It was sold out far in advance- something that has never happened before.

The crowd was wild, enthusiastic, the atmosphere was electric. These were 50-year old Republicans acting like they were attending a rock concert.

What was all the excitement about? Nevada’s Republicans know I’m President Trump’s staunchest national media defender and champion, from the state of Nevada. They know I celebrate Trump every day on radio, TV and in newspapers. And they can’t get enough. They love Trump. They are sick of the negative, biased, “fake news” from the mainstream media. They want to hear positive news about Trump. They want to celebrate Trump.

There are quite a few lessons to be learned from my experience.

First, Trump is the most popular politician in America. The intensity and enthusiasm hasn’t worn off one iota after three years. If anything, it’s the highest in history. People love Trump. This crowd cheered when I called Trump “the G.O.A.T. (the greatest of all time). They want more Trump.

Second, the mainstream media isn’t just wrong about Trump. They’re wrong about Coronavirus too. If things are so bad; if this is the biggest health crisis ever; if no one wants to go out in public anymore; how could my speech attract the biggest crowd in the Nevada Republican Club history? As usual, the media’s wrong. They can’t stop the Trump lovefest, or the Trump economy.

Third, Democrats put Joe Biden in the driver’s seat on “Super Thursday” as Biden calls it. The man is way past his due date. He doesn’t know where he is half the time. He thinks half the population of America was killed by guns. He mixed up his wife and sister on stage Tuesday night. He called Chris Wallace “Chuck” during an interview.

I wouldn’t be surprised if Joe thinks he’s running against Calvin Coolidge. The man is dazed and confused. Democrats may rue the day they got what they wished for.

Mike Bloomberg spent $600 million and got nothing for it. He won only American Somoa. He could have bought American Somoa for that price. He learned a lesson- a politician can’t buy love.

That’s why I think Democrats have made a huge mistake with Joe Biden. My experience at the Nevada Republican Club proves it. Trump inspires deep love, passion and intensity. Biden is another Bloomberg. No one gets excited for Joe. Joe doesn’t inspire young voters. His rallies can be held in a phone booth. Biden’s support is a mile wide and an inch thick.

Biden reminds me of a crappy version of Hillary Clinton circa 2016. He’s another old, corrupt, establishment hack with the support of Democrat party bosses. But the voters won’t get excited. He brings nothing new to the table. He’s Hillary 2.0.

By the time this election over, Democrats will be longing for what could have been with Bernie and his passionate, enthusiastic fan base.