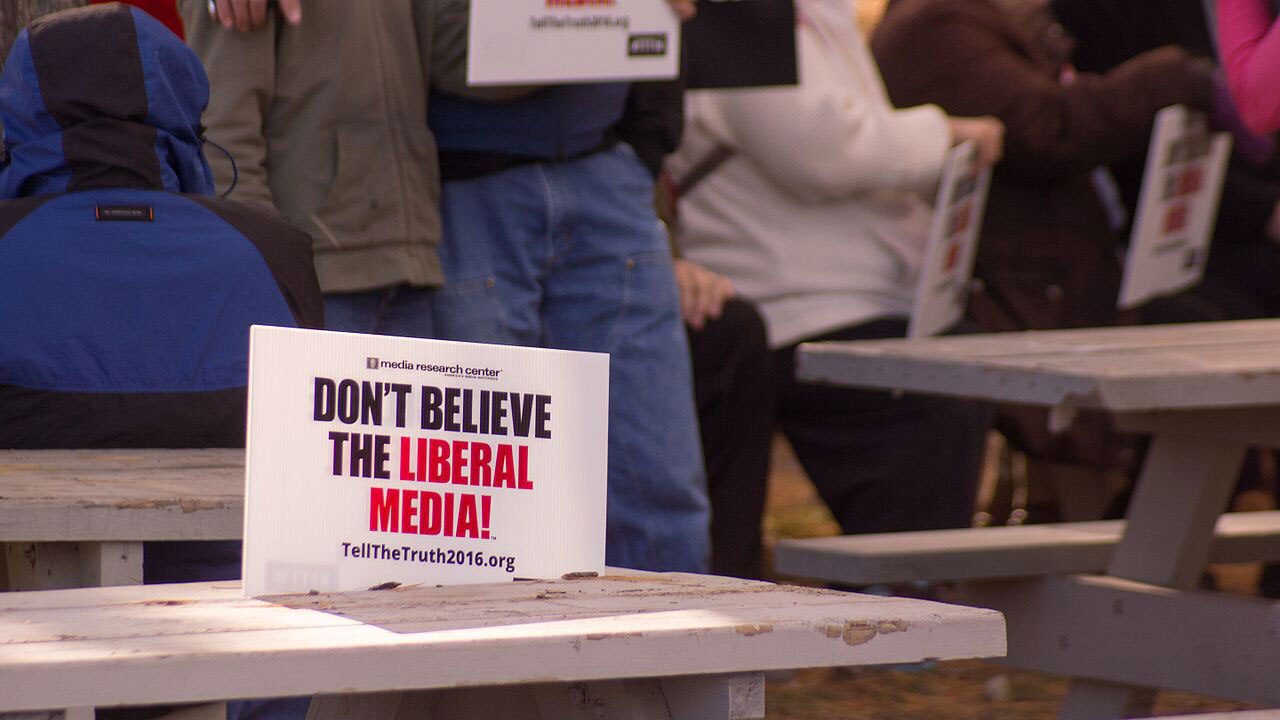 The Definition of a Racist

You know the definition of a “racist”? Anyone winning an argument with a liberal.

I feel like we’re all starring in a new updated version of the movie “Groundhog Day.” We keep waking up to the same silly storyline. And it always turns out in President Trump’s favor, day after day after day. Just like Groundhog Day.

Once again Trump sent out (in my opinion) a common sense, but controversial tweet. Once again, the media overreacted, exaggerated and took it out of context.

Once again, Democrat politicians lost their minds. Once again, we heard cries of “racist, Hitler, fascist, Nazi, KKK,” and of course, cries for impeachment. Once again, the media and political “experts” left Trump for roadkill. They thought they finally had him.

It’s comical. They should know by now, Trump always wins. Because what liberals and the liberal media call “shocking” “controversial” or “racist,” is usually common sense and raw truth.

Or didn’t you see the latest polls. Trump went up after the tweet. Yes, I said up. But you probably didn’t hear that in the mainstream media.

Let’s start with Reuters- the most liberal biased polling organization in America. They had Trump losing by double digits throughout the entire 2016 presidential race. How’d that turn out?

Yet that liberal-biased Reuters poll shows Trump moved up in approval with Republicans after the tweet.

Now let’s move to the only pollster that matters, Rasmussen. Rasmussen only polls “likely voters.” That’s why Rasmussen got the 2016 election right. “Likely voters” almost always vote, so their opinion matters.

Rasmussen’s reports as of Friday, Trump is polling at 50% approval. Higher than before the tweet. At just about the highest of his presidency. And far higher than Obama at this point in his presidency.

But wait, there’s more. Roughly 50% of voters in that Rasmussen poll think charges of racism against Trump are “politically motivated.”

In other words, it’s all backfiring on Democrats.

Rasmussen also gives another clue as to why Trump is the “Teflon Don.” Their poll shows consumer confidence is close to a 5-year high. Americans trust President Trump with the economy and their jobs. And in the end, jobs are clearly more important than words, at least to people who have jobs and actually pay taxes (ie non Democrats).

Now to the actual definition of racism. Was Trump’s tweet “racist?” Absolutely not.

Trump was basically saying, “Love it, or leave it.” If you hate our country so much, get the hell out. What’s wrong with that?

Once again, liberals and the liberal media have purposely confused the intent of Trump’s tweet. Trump didn’t say get out of the country because you’re black, or Hispanic. That’s a lie.

Trump didn’t say get out because you’re an immigrant. That’s a lie.

Could he have said it better? Sure. I would have said, “Since you’re all clearly angry, bitter, socialists and communists, and you hate America so much, get the hell out. Head to the nearest socialist or communist hellhole, like Somalia, or Cuba, or Venezuela. Don’t let the door hit you in a—s on the way out. Bon Voyage.”

By the way, you want to know the real definition of a racist? Rasmussen reports 32% of Democrats think any white criticism of a politician of color, is racism.

Now that’s the very definition of racism…with a healthy dose of pure stupidity.