The Democrat’s “War on Work” 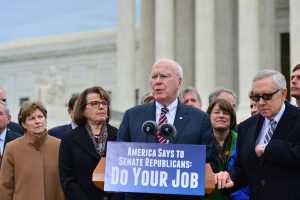 Have you been watching the politicians, government bureaucrats, media know-it-alls, and so-called “medical experts” who want you and me to keep our businesses closed…to stop working and earning…to stay locked down at home…to keep the US economy closed indefinitely. They all have something in common. Can you guess?

All of these people are getting paid.

They haven’t missed one paycheck. They’re feeling no pain. They don’t live in our world. They have nothing in common with the rest of us. They’re hypocrites.

They all get paid, while we go broke and lose everything we’ve worked for our entire lives. While we can’t pay bills. While we have no idea if we’ll ever work again. And we’re supposed to just “trust them” that everything is going to be okay? Really?

Funny how that works. Virtually everyone screaming about how we must keep the economy closed, doesn’t depend on the economy being open. All those Democrat Governors are getting paid. Congress is getting paid. Dr. Fauci hasn’t missed a paycheck. Chris Cuomo, Don Lemon and Rachel Maddow haven’t missed any paychecks. It’s pretty easy for them to tell the rest of us “serfs” and “deplorables” not to work. They’ve never walked a mile in our shoes.

Those people are the leaders: the elite and privileged hypocrites ordering us around. But the story is even worse…and more conflicted. Because this elite class has created a country where the majority of the population no longer cares about working.

Have you seen the polls? Two thirds of Americans in many recent polls want to keep the economy closed and even worse, “move slowly to reopen.” The media loves to tout those polls. But they’re not telling you the full story.

First, let’s examine the population of America for clues about why a majority would want to keep the economy closed.

About 120 million Americans are either over age 65, or under age 18. The seniors are mostly retired and live on Social Security, Medicare, pensions and savings. The under 18 crowd lives off mom and dad. Neither group depends on a job. There’s also about 20 million more in college or grad school.

There’s also about 100 million Americans living on some form of government welfare. Government takes care of them. Whether the economy is open, or closed, they get a government check. So why would they want to rush back to work? They don’t work in the first place.

That leaves only about 90 million Americans who actually work, earn, and pay taxes. 90 million out of 330 million. That’s who carries this entire economy on our backs.

But wait. It gets better. Of those 90 million, 22 million are government employees on the federal, state and local level. Some are great people. Some are heroes (law enforcement, first responders, etc.) But none of them relies on the US economy to get paid. When the economy is closed, they still get their paychecks, gold-plated healthcare packages and pensions.

So, after subtracting those 22 million government employees who have no real connection to whether the US economy is open, or not…

That leaves only 68 million Americans who truly depend on the US economy to pay their bills. That’s 68 million out of 330 million. That’s only about 20% of America.

But there’s one more poll that really ties it all together. Rasmussen recently asked Americans about going back to work. 71% of conservatives reported it’s time for the U.S. to get back to work, versus only 14% of liberals.

Democrats on the other hand either don’t need or want to work, or don’t depend on the private sector economy to survive. Many of them depend on governmentto pay their bills.

So now you understand why polls that show two thirds of Americans are in no hurry to go back to work. It’s because many of them don’t work in the first place, or don’t rely on the private sector in any way.

Democrats have spent a century chipping away at work. Making sure a majority of Americans rely on government, not work. So, when it comes time to re-open the economy, they just don’t care, or see the importance.

America is badly divided. We do live in different worlds. We do respond to this Coronavirus pandemic differently. Some of us need the economy to re-open, some of us are in no rush.

It’s all because of “The Democrat’s War on Work.”