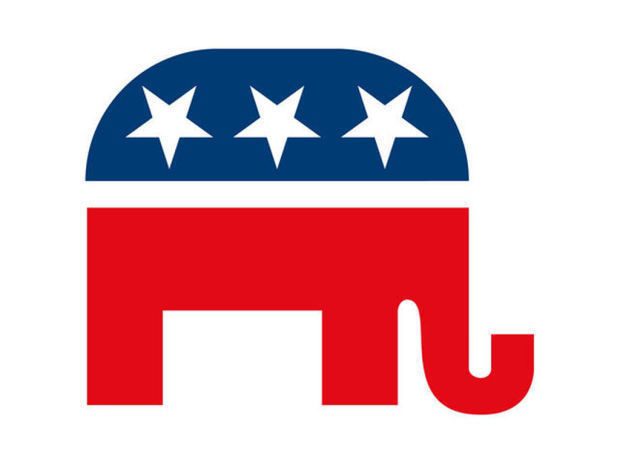 Until now, I had no idea how dumb the GOP really was. Man, is our party dumb. The people who run the GOP are so dumb, they couldn’t spell “WIN” if I spotted them the w and the i.

First, they just let a presidential election be rigged and stolen from them. Now the leaders of the GOP won’t even admit it was rigged and stolen. They’re afraid, like little whiny snowflakes, of offending liberal activists, Democrat voters, assorted socialists, government bureaucrats, RINOS, woke corporate CEOs, the mainstream media and the masters of social media- you know, all the people who conspired to actually steal the election.

Don’t believe me? Ask Time magazine. Time just released a fascinating in-depth story of how Democrats, liberal activist groups, media, social media and shockingly, corporate America all partnered in one big conspiracy to prevent Trump’s re-election. Time admitted it was a “conspiracy.” They admitted it was “an alliance between left-wing activists and business titans.”

The whole detailed Time story reads like a confession of a stolen election. They admitted the game plan: this conspiracy was based on taking advantage of Covid, mail-in voting, last minute changes in voting laws, gobs of corporate money backing the effort, and collusion by media and social media to silence any dissent.

And now, the delusional GOP leadership compounds the problem by ignoring reality. Republican leaders keep thinking they’re going to win it all back in 2022 and 2024. Really? How? What’s the plan?

To quote MLK, “I have a dream.” I have a game plan that at least gives us a fighting chance to neutralize the Democrat advantage, compete and win elections. Here’s my plan.

First, money. Money is the mother’s milk of politics. Democrats have all the money in the world. Biden raised record sums. Where did it come from? A ton came from the biggest corporations in America. How will the GOP compete with that moving forward?

The answer is to tell corporate America to go to hell. Former President Trump should re-make the GOP as the party “Of the People, By the People, and For the People.” It’s time to announce the GOP will no longer accept any corporate money. From now on, the GOP will be funded “by the American people” only. Ask every Trump voter to contribute $10 per month.

74 million Trump voters will be thrilled to fund a party that looks out for the little guy. Some may give $100 per month. Some $1,000. But everyone has $10 per month to spare.

Let’s assume only 50 million Trump voters agree. That’s $500 million per month. That’s $6 billion per year. Without a penny from corporations. That’s $24 billion over the next four years- the most money ever raised by any politician, or political party. Ever. That’s enough to win a lot of elections.

Next we have to admit we can never win again without Voter ID. That’s why we lost the presidency in 2020. Every major country in the world has voter ID. Except us. Even Mexico has Voter ID- with photo and thumbprint.

Mail-in ballots didn’t lose the election. Voter ID lost it. With strict Voter ID you can’t cheat by mail, or in-person. It’s all pretty simple- to insure fair elections and election integrity, we must demand proof of who is voting and insure everyone only votes once.

With Biden and Democrats in charge, we can’t get it on the federal level. And we’re never going to get it in deep blue states like New York and California. But, we just have to get strict Voter ID laws in place in six states that determined the 2020 election: Pennsylvania, Georgia, Michigan, Wisconsin, Arizona and Nevada. Five of those six states have Republican legislatures.

That’s the simple game plan. Re-make the GOP into the party of the people. Refuse corporate money. Raise record money from 74 million Trump voters. And get strict Voter ID in place in key battleground states.

With this plan, even with all the damage Biden and the Democrats are doing to this country, we have a fighting chance to re-take America in 2022 and 2024.