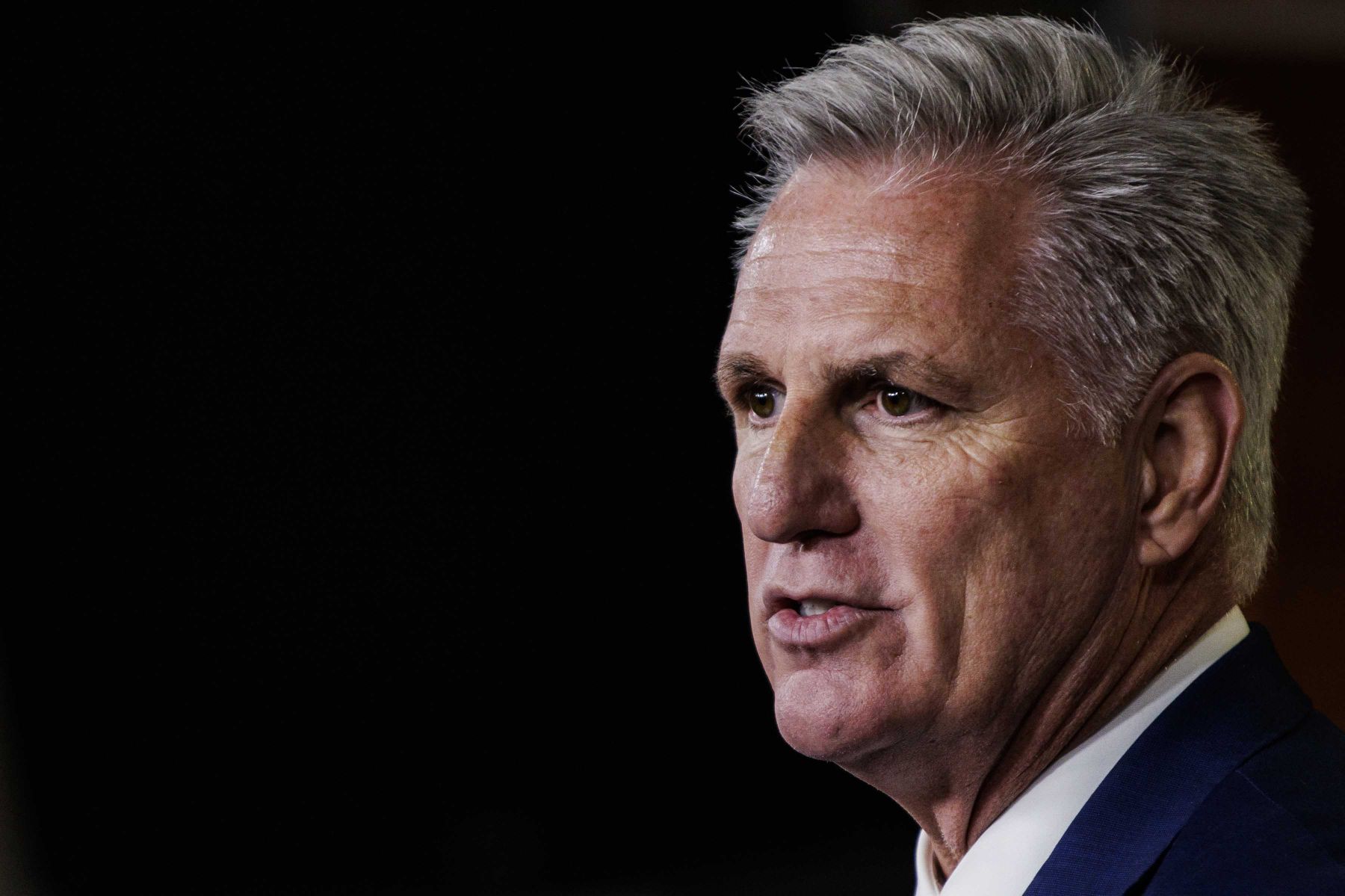 The Kevin McCarthy Saga: The Biggest Story of the Week is the Biggest Example of the Gaslighting of America. And I Have the Solution…Trump.

By adminJanuary 6, 2023No Comments

I have talked extensively for two years now about the nonstop gaslighting, brainwashing and propaganda going on in America- a conspiracy of government (in particular, the DOJ and FBI), media, social media, Hollywood, and of course, the UniParty (Democrats combined with RINO fraud Republicans).

This week we have witnessed one of the best examples ever:

McCarthy is a prime example of a UniParty fraud- he is a DC Swamp, Deep State, RINO fake, who backstabbed President Trump, and then raised money to attack and defeat Trump-backed, America First, MAGA candidates in the 2022 election. He is the worst kind of fraud, coward and pansy.

President Trump argued with me on my Real America’s Voice TV show “America’s Top Ten Countdown” last week that Mitch McConnell is even worse, and McCarthy would be better than a lot of other horrible choices for House Speaker. Basically, Trump was arguing “everyone in the DC Swamp sucks, so let’s settle for the best of the worst.”

Kevin McCarthy is the curb.

Being “the best of the worst” is not something to vote for. I’m a Republican-conservative patriot. I want conservative, America First, MAGA patriots to lead my party. I want a General to lead us into battle. Not a wishy-washy, middle of the road, RINO fraud who never fails to disappoint conservatives, but always caves to Democrats. That’s McCarthy.

Did you know McCarthy gets a “F” liberty score from Conservative Review?

The entire U.S. media is gaslighting you. Trying to convince you that McCarthy must be the House Speaker…his election must be rammed through…the entire saga is a “humiliation” to the GOP…and those 20 holdouts are “insurrectionists.”

Why is it acceptable to be a “Never Trumper,” but not a “Never Kevin”? Since when does voting against someone who gets a “F” rating when fighting for your own top priorities make you an “insurrectionist”?

And as far as this whole fight against McCarthy being  “embarrassing” the GOP, that’s the worst gaslighting yet.

First of all, polls show 80% or more of Americans disagree with the direction of America. Why would anyone in the GOP vote for the status quo? McCarthy is the status quo. More of the same bad direction.

Second, only 35% of Americans in the latest Rasmussen poll want McCarthy as House Speaker. Among conservative MAGA patriots I know, NO ONE wants McCarthy. Yet 99% of GOP Congressman support McCarthy. That tells how screwed up, evil, corrupt and bribed our political system has become. The people elected to represent you and me, don’t. They only represent themselves.

Lastly, you know the real definition of embarrassing and humiliation? The past two years of Biden’s presidency and Democrat rule.

The open border. Millions of illegal aliens being waved in. The worst inflation in the history of our country that is destroying middle class American lives. The retreat from Afghanistan leaving American soldiers to die, leaving behind American citizens, leaving $85 billion dollars of U.S. military equipment. That’s embarrassing.

Wasting $100 billion of American taxpayer money on Ukraine- where the money is being stolen and laundered by Ukrainian politicians, Ukrainian mafia, Ukrainian Nazis…and 10% off the top for “the Big Guy”…and don’t forget millions of laundered dollars illegally sent back to Democrat candidates in the USA to defeat every Trump-supported, MAGA candidate- rooted on by McCarthy and McConnell. That’s embarrassing.

Pushing deadly poison Covid shots on innocent Americans, watching the highest death rates in world history, thousands of “sudden deaths” per day, and covering it all up like Hunter Biden’s laptop. That’s embarrassing.

But waiting a few days to try to elect a true leader with the courage, principles and balls to stand up for the American people, American exceptionalism, capitalism, conservative values, and Republican voters…

That’s brilliant. That’s as American as apple pie. Those 20 Republican holdouts are heroes and patriots.

President Donald J. Trump should have been our House Speaker.

That’s the solution. That’s how we break this log jam. We need Trump now more than ever. Trump is the man to lead the battle. We can’t wait until 2024. This is how we get Trump today.