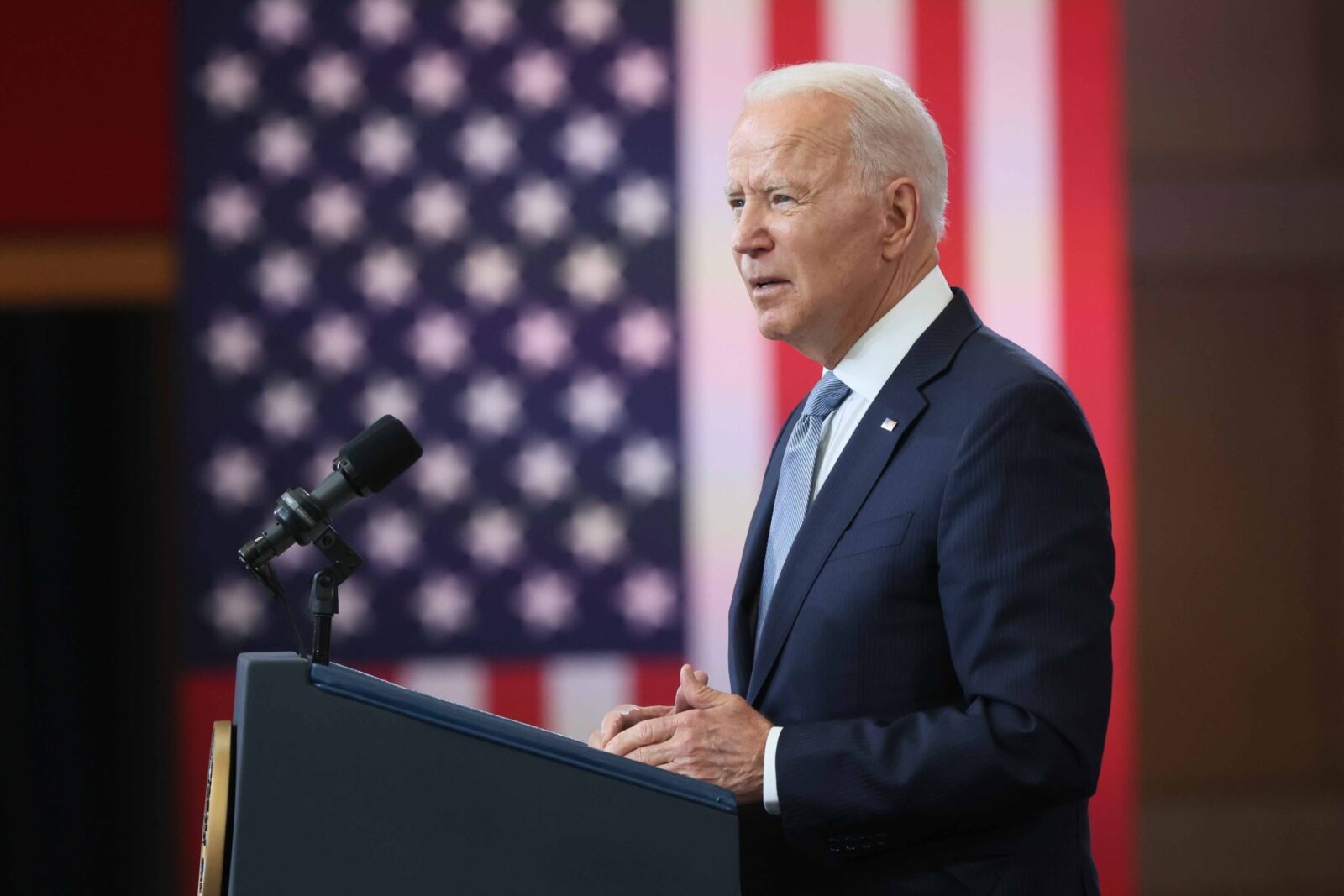 I’m just back from Florida where I had the great honor of speaking at a “Club 45” event with two speakers- myself and President Donald J. Trump. Thousands of tickets sold out in 20 minutes. We had a wild, raucous, standing-room-only crowd inside the ballroom of the Palm Beach Airport Hilton.

The main theme of the back-to-back speeches of President Trump and myself was A) the rigged, stolen 2020 election and B) the purposeful destruction of America that is being carried out by Joe Biden, the illegitimate president of the United States, and his radical handlers.

I pulled no punches. I described Joe Biden as a “old, weak, feeble, brain-dead sock puppet with dementia, hiding in the basement with a mask and diapers.” As a bonus, he’s also the most corrupt politician in history, and owned lock, stock and barrel by China and the Chinese Communist Party.

I described the Democrat Party as, “A party of evil, radical, communist, fascist, racist, Godless, America-haters who can’t figure out which bathroom to use…and who believe people are like frogs…and they can change their sex on an hourly basis.”

I told the crowd, “We are in a war between good and evil. This is a battle of normal All-American patriots vs. confused, bizarre, mentally-ill weirdos who are drunk with power…and want to enslave us, ban us, censor us, brainwash us, ruin our careers and destroy our country.

I also identified who is really running the country- this is the third term of Barack Obama. Obama is the ventriloquist with his hand up puppet Biden’s back, making Biden’s mouth move. Obama is carrying out the plan to destroy America with record speed.

But Obama is just an order-taker. The order-givers are evil billionaire communists and globalists George Soros and Klaus Schwab, combined with the Chinese Communist Party. That’s who really runs America at this moment. And every day, with every new action, they make our country weaker and China stronger.

I identified the actual plan they are carrying out to destroy America- it’s called “Cloward-Piven.” I learned it as a student at Columbia University, Class of 1983. Cloward and Piven were a husband-wife professor team at Columbia.

My classmates back then all bragged about being Marxists, communists, socialists and globalists. They all had an intense hatred for America, American exceptionalism, capitalism, white people, and most of all- conservatives.

They bragged about their goal to destroy America with Cloward-Piven, by overwhelming the system with welfare and debt, thereby causing a collapse of the US economy.

My most prominent classmate back then was Barack Hussein Obama.

Cloward-Piven is the plan being carried out today. But to do it these radical communist traitors needed to update the plan. They needed to…

A) Have a front man who would not scare the American voting public- a friendly, smiling, old white man from the DC establishment.

B) Even better if he was suffering from dementia- they could easily manipulate this pathetic old man into signing anything they put in front of him.

C) Then they needed to open the borders like never before, encouraging millions of criminals and welfare addicts to illegally come across the border, to overwhelm the system with crime, welfare and debt.

D) As a bonus they could count on all of these foreigners to overwhelm the voting system too- thereby out voting American-born citizens.

E) Throw in Covid lockdowns, vaccine mandates, massive inflation and communist/racist/transgender brainwashing of our young people. What a toxic mix.

It’s all happening in America today under dementia sock puppet Biden. But today the plan has been re-branded as “The Great Reset.”

Have you seen the latest video of Joe Biden trying to shake hands with an invisible person that only he sees? And then turning and walking nowhere in particular, wandering and mumbling to himself, while shuffling like a 100-year old who needs a nurse by his side.

They used non-threatening, white-haired Biden to convince naive, welfare-addicted, low-information voters to vote for a harmless grandfather, without realizing they were really voting for the destruction of America and the end of capitalism.

Then to make sure they won, Democrats rigged the election in six key battleground states with fake mail-in ballots, together with no Voter ID required and no signature match. They threw in fraudulent ballot harvesting; unguarded ballot “drop boxes;” and they made sure to remove Republican witnesses from ballot counting rooms.

The American people are waking up. Everyone sees Biden for the dementia puppet he is. Even CNN admitted this week that Biden’s poll numbers are the lowest of any president in history.

Biden the puppet, propped up as the fraudulent front man, opened the door for the destruction of America.

And now we have Cloward-Piven, aka “the Great Reset.”