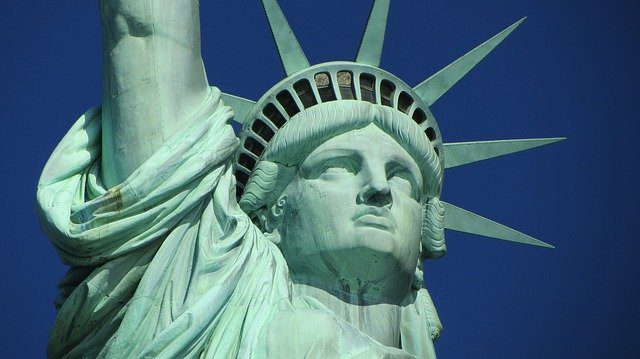 The Radical Communist Takeover of Our Country. America is Finished…Unless We Move Quickly. Here’s a Solution.

By adminSeptember 19, 2021No Comments

I’m one of the few people in America who can explain exactly what’s happening to America. This is a full-scale assault. A radical communist takeover of our country: our government agencies; our justice system; our borders; our schools and colleges; our police and military; and our economy.

And don’t forget our voting system. It’s now completely rigged by Democrat-coordinated voter fraud- build around a foundation of mail-in ballots with no Voter ID; print-your-own-ballots-at home; ballot harvesting; no signature verification; count ballots for days after the election; and millions of illegal aliens voting with the drivers licenses Democrats demanded they get at DMV.

Exhibit A is the California recall election that just ended last week. It was rigged from the get-go. Larry Elder never had a chance. California Democrats just conducted a test-run of the expanded plan. It worked to perfection.

Before I get to the details of the why this is happening, I have some good news: I have the solution.

Part I of this action plan is my new book, “The Great Patriot Protest & Boycott Book.” With the information in this book, “once a company goes liberal and woke, we will make them go broke.”

This book transforms 80 million Trump voters and patriots into the LOUD MAJORITY. The days of being silent while our money is looted, our quality of life destroyed, our civil rights stolen, are over. We can’t afford to be silent any longer.

My book and this multi-pronged plan are both built around CIVIL DISOBEDIENCE. The same strategy used successfully by Martin Luther King. If it was good enough for MLK, it’s good enough for us!

Taking on the biggest corporations is the key to our ability to take back America. The politicians are a lost cause. They don’t care what we think. They’re all bought off by China, the Chinese Communist Party and George Soros.

But the big corporations do care what we think. We are their customers. We buy their products, goods and services. These companies need us to keep buying. These companies are publicly traded. They answer to shareholders. If their sales drop, they’re stock declines, and these CEOs get fired. We can bring them to their knees. We can put them out of business. We can get their CEOs fired. We have the power. It’s time to use it.

My book, “The Great Patriot Protest & Boycott Book” will not only show you how to take the offensive against these companies, but we’ve compiled the CEO names, Board of Director names, phone number, email address, mailing address and social media address for each of the biggest companies in America who count on the spending power of conservatives, while they ignore us, insult us, offend us, and spit in our faces.

With protests, boycotts and nonstop phone calls and emails, 80 million Trump voters, Christians and patriots can change corporate behavior. Democrats like Jesse Jackson, Al Sharpton and various union bosses have used these exact tactics for decades, with great success. Now it’s our turn. Two can play at this game.

“The Great Patriot Protest & Boycott Book” is just Part I of my multi-pronged action plan. Over the coming weeks I’ll release many more creative ideas and strategies to defeat the left, beat back this radical communist takeover, and take back this great country.

How do I know so much about this radical communist takeover? Because I graduated from Columbia University, Class of 1983. My classmate was Manchurian candidate Barack Obama. We were taught a radical communist plan to takeover America called “Cloward Piven.” In my next column, I’ll explain how the plan from 1983 is an exact match with what’s happening today.

It’s time for us to start hitting back- HARD. It’s time for civil disobedience and guerilla tactics. It’s time to play offense. It all starts with “The Great Patriot Protest & Boycott Book.” But that’s just one small step. There is much more to come.

Buckle your seat belts. This ride is about to get wild!