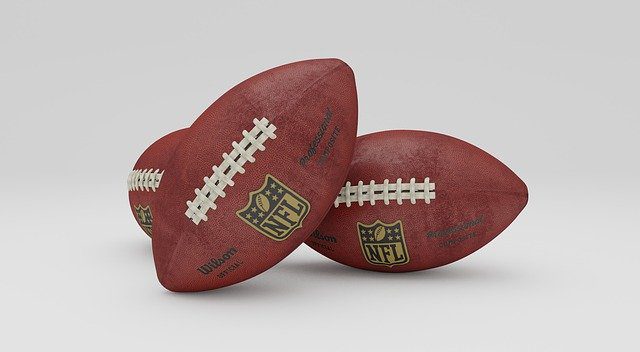 The NFL has betrayed us again, with the God-awful firing and public lynching of Las Vegas Raiders Coach Jon Gruden.

But why should the way the NFL treated Gruden surprise anyone? Afterall, the NFL is always wrong about everything.

Actually, it’s clear the NFL’s whole goal in life is to throw their own customers under the bus, while courting people who have never watched NFL football, and never will.

Remember the recent TV ads reporting “The NFL is gay…lesbian…bisexual…transsexual.” Really? Is that who sits in the stands? Is that who lives and dies with NFL football? Is that who bets on games?

The people who love football, who live and die with NFL football, are overwhelmingly just like me. And we’re just like Jon Gruden. We’re rough, tough, macho, disciplined, take-no-crap, patriotic, primarily white, male, middle class, Trump voters. There I said it. Like it, or not, that’s the raw truth…

The NFL’s main customer base is Trump voters.

One other thing NFL fans have in common- we believe actions speak far louder than words. We believe “sticks and stones can break your bones, but words can never hurt you.” We watch what a man does, not what he says. We don’t hide in “safe spaces” over words.

Hey NFL, want to know what your own customers think? We don’t care what Jon Gruden said in private emails from ten years ago. This was a witch-hunt. This was a shameful public lynching of a Super Bowl-winning coach. Somebody had it out for Jon Gruden. They wanted to ruin his life. They wanted to end his career.

I’m guessing the guilty party is the pathetic, bleeding-heart, liberal Commissioner who was filled with rage when he found out Gruden called him a “pus—y.”

Jon Gruden made a big mistake. He should have sat down with his team’s owner and said, “Hell no, I won’t resign over words, in a private email, from a decade ago. I’m coming out of the closet. I self-identify as Hillary Clinton.”

Those should have been your magic words Jon. “I am Hillary Clinton. I am woman, hear me roar.” End of witch-hunt.  You’d have been celebrated the next day for being the first openly transsexual Coach. They’d have thrown you a ticker-tape parade down the Vegas Strip. ESPN would have awarded you an ESPY Award for courage. The Raiders would have built you your own bathroom.

As a bonus, the NFL would have erased your emails. Hillary erased 33,000 emails upon getting a subpoena from Congress. Not a word was ever leaked from Hillary’s 33,000 emails. The media blacked out the story. Jon Gruden just needed to become a liberal woman.

Here’s how the NFL’s most loyal customers really think. If we’re now firing coaches for words in private emails, then let’s investigate everyone.

We demand NFL Commissioner Roger Goodell release all his emails for the past ten years. You think the Commissioner never uttered a shocking word about owners or players?

We demand every NFL owner release their emails for the past ten years. I can’t wait to see what the owners said about their players in private conversations.

We demand every NFL player release your texts from just the past week. Wanna bet they used all the exact same offensive language as Jon Gruden? And much worse.

Wanna bet the black players use racist terms and hate speech towards white players, coaches and owners in their texts? I can’t wait to see those texts.

I’m betting one week of the players’ texts would be enough to close the entire league down.

You really want to fire coaches based on words? Have you ever heard the filthy, vile, vulgar, racist and sexist language of rappers hired by the NFL to perform at Super Bowl halftime shows?

And then there’s the NFL players who commit acts of brutality, assault, violence upon women, and are allowed back onto the field. Look up Richard Sherman. He’s playing right now for the Super Bowl champs.

But Jon Gruden had to go? Over words, from private emails, from ten years ago. Are you kidding?

This was a shameful public lynching of Jon Gruden. It’s time to look at the emails and texts of everyone in the NFL.

Let he who is without sin, cast the first stone.