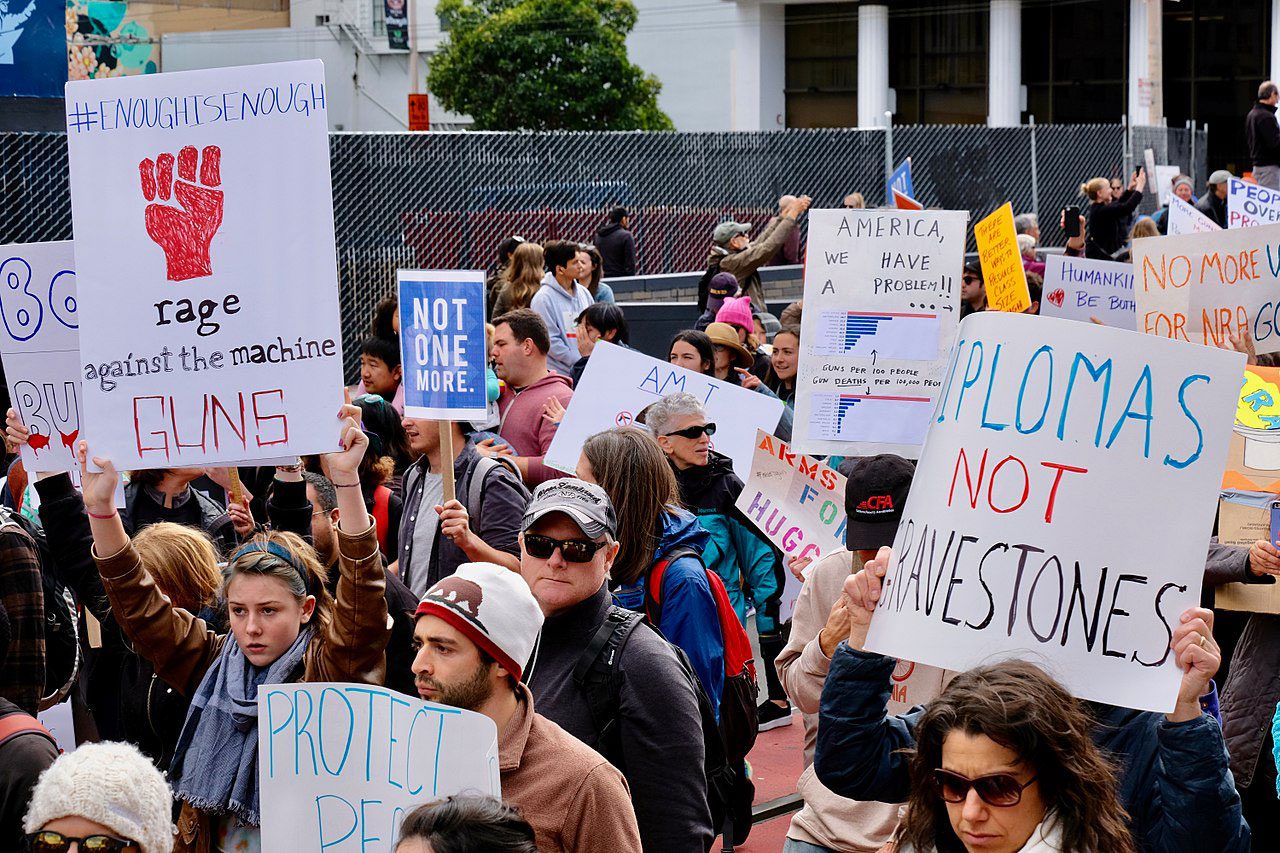 This is How We Stop Gun Violence, Mr. President

Do you know the old joke about lawyers? “What’s the greatest talent of lawyers? They can quote their fees without smiling!”

That’s how I feel about Democrats and anti-gun crusaders this week. How do they say what they say without smiling? How dumb do they think Americans really are?

How do Democrats keep from smiling, when they blame violence on conservatives or Trump, while it’s almost exclusively the liberal world that openly and publicly promotes violence?

Did you know Democrat Congressman Joaquin Castro (brother of presidential candidate Julian Castro) tweeted out the names and addresses of Trump donors in his San Antonio district? This could easily lead to one madman, one mentally-ill teen, or hundreds of Antifa anarchists showing up at GOP donors’ homes or offices and murdering innocent people. People’s homes could be firebombed. Someone’s child could be kidnapped or killed.

This is a Democrat Congressman trying to get Republicans killed. So, tell me again, who is the political party encouraging violence?

Did you know days ago an NBC News National Security expert claimed in a TV interview that Trump’s order to put flags at half-mast was a “tribute to Hitler?” This expert clearly wears a tin foil hat. His comments are bizarre and dangerous. Of course, if “Trump is Hitler,” then it’s easy to rationalize killing Trump or his supporters. Is that the liberal game plan?

Who is encouraging violence now? NBC.

Did you know a new Hollywood blockbuster is coming out next month called “The Hunt.” It’s about elites kidnapping Trump supporters from red states, bringing them to a remote island, where they hunt and murder them. Now that won’t inspire violence against Trump supporters, will it?

The point I’m making is the threats and violence are almost completely from the left. The people who have to worry are Trump supporters. We are the ones who have every reason to fear violence and mass shootings.

But the answer isn’t gun control or Red Flag laws. Everywhere in America where there is strict gun control, there is sky high murder rates. It does not stop criminals or crazy people. They don’t care. It just disarms good guys- the very ones you should want to be armed.

See the story last week about a mass shooter stopped at a Missouri WalMart by an armed retired firefighter.

This is Exhibit A for how we stop criminals and mass shooters.

We need good guys armed and licensed with a CCW to confront and stop bad guys. Cops can’t be everywhere. Cops are actually “second responders.” While cops are on route, we need true “first responders”- good guys (and gals), armed, with professional training, to step up and prevent a tragedy.

Whatever deal you cut, make sure its narrow in scope and respects the civil liberties of the armed good guys of America- the very people you need to stop mass shootings. Like that retired fireman in Missouri.

And then be sure to negotiate something in the bargain. In return for a narrow reasonable gun law that doesn’t harm my civil rights, we need national gun reciprocity.

The responsible, armed, trained, good guys of America, who have CCW permits, must be able to carry our guns in all 50 states- just like retired law enforcement can right now. That’s how you stop bad guys.

Gun control isn’t the answer. Putting an army of good guys, with training and licenses to concealed carry, on the streets is the only way to “Make America Safe Again.”

Oh, and also tell the Democrats to stop inciting violence and murder.