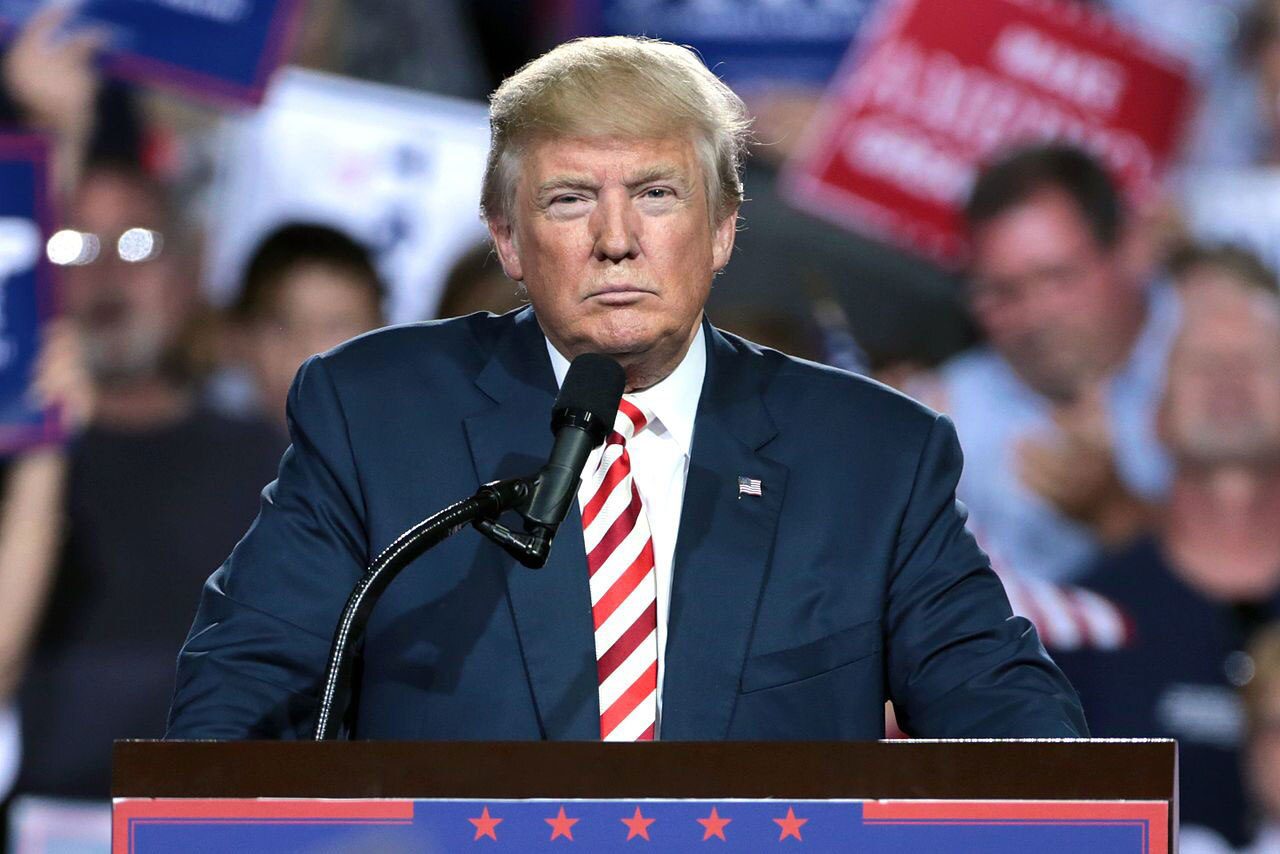 By adminFebruary 4, 2019No Comments

Did you hear the latest economic news? I predict President Trump just won re-election in 2020.

Can you even imagine the reaction from Democrats as the remarkable, miraculous, out-of-this-world new economic data about the Trump economy was released on Friday? More on that in a moment.

The Trump economy is soaring like a NASA rocket ship. It is exploding like a Grucci fireworks show on Independence Day. It is doing cartwheels like the U.S. Women’s Olympic gymnastic team.

Payrolls (ie jobs) soared by 304,000 in January. That’s not a typo. THREE HUNDRED AND FOUR THOUSAND. In one month. This number shattered expectations. Economists predicted 170,000. The actual number was almost double. That just never happens.

But wait, it gets better. The manufacturing sector expanded again- despite all the so-called “experts” preaching doom and gloom. The New Orders Index soared by 6.9 percentage points. Remember Obama said this was all impossible. He reported that manufacturing in the USA was gone forever. “That ship has sailed” Obama reported matter-of-factly.

More great news. Year-over-year payroll growth was 3.2%. Obama would have given his right arm for an increase like that- even one time in his eight miserable years.

The biggest miracle of all is the news that blue-collar wages are soaring. College graduates are losing ground to working Joes and Janes in this Trump economy. Leading the way was a 4.2% wage increase for sales employees and 4.1% gain for leisure and hospitality workers. Trump’s “America First” policies are working!

This is all happening while GDP is still flying at 3% entering year three of the Trump presidency. Didn’t Obama and his band of failed economists say this could never happen again? Didn’t they say 1% GDP was the “new normal”?

It’s “The Trump Economic Miracle”- a phrase I coined 18 months ago in my column. The Trump economy is accelerating. We’re not at the end of a fabulous growth cycle created by Trump’s low taxes and regulation killing spree. We may be only at the beginning of a Reagan-like run.

Now we have proof. Lay off a bunch of “non essential” bean counters temporarily and the economy explodes. Can you imagine what would happen if we fired them permanently? “Hip, hip. Hooray, the government is permanently closed. Break out the champagne! It’s time to start a business, risk our money and create jobs!”

Keep in mind, this economic, job and wage explosion also occurred during the Trump trade war with China. But wasn’t the trade war supposed to kill jobs? Kill the GDP? It looks like Trump was right again. Economists, all wrong. Democrats, all wrong. “Never Trumpers,” all wrong. What this economy needed was a good trade war.

China is losing and desperate to end this war. I predict major capitulation any day now. Under President Trump, America is king of the hill and calling the shots again.

And can’t you just imagine the reaction of Democrats to all this fantastic economic news? These are all people who hate Trump more than they love America. Wouldn’t you just die to be a fly on the wall?

Well I just happen to have been listening in to a meeting of top Democrat 2020 presidential contenders as all this remarkable economic news came in. The response? And I quote, “No, no, no, it can’t be. That mother bleeper. Why? Why? Why? NOOOOO. This cannot be happening. Get my psychiatrist on the phone immediately.”

It’s another sad day in the life of Democrats rooting against our economy and country. Just like anyone who has ever bet against America, they lost.

Meanwhile, Trump just proved “he who has the gold rules.” Trump just got re-elected.