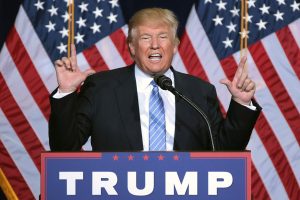 I have at least 1000 things to write about. I could fill this column for the next 365 days. But I have to scrap them once again. President Trump screws up my plans every time.

That darn Trump economy keeps interfering with my plans. The Trump economy is so good, I have to change the topic of every column back to the booming economy.

Trump did it again. How good is Trump’s economy? Trump’s economy is so good, jobs are booming with such ferocity, the Democrat Party no longer has to depend on Ukrainian gas companies to employ all their sons.

Or didn’t you hear that Paul Pelosi, Nancy Pelosi’s son was also on the Board of a Ukrainian gas company. And Nancy Pelosi appeared in the company’s promotional video. Funny how that works, huh? I’m betting it’s 2 for 1.

It was practically raining Democrat sons in Ukraine. Ukraine is like the “Democrat Child Employment Plan.”

It must be common knowledge for DC Dems- if your kid is a vapid party boy, drunk, coke head, prostitute addict, or a lazy do-nothing, incapable of finding an honest job, just pick up the phone and call Ukraine. They’ll always answer!

Clearly, in Ukraine, they’ll hire any American- as long as your last name is Biden, Pelosi, Clinton or Kerry.

Personally, I’m offended. I was the 2008 Libertarian Vice Presidential nominee. But no one ever offered me a Board position in Ukraine. I wonder why? What’s wrong with my resume?

Maybe it’s because I’m the founder of AARP- “Americans Against Rotten Politicians.”

Or maybe it’s because I’m a S.O.B. (son of a butcher). And neither my mommy nor daddy controls a $4 trillion US budget? I’m betting that’s it.

But I digress. I have to get back to the topic of the Trump economy. Trump never leaves me any choice.

The poor Democrats tried so hard to talk America into a recession. They preached doom and gloom. They reminded me of Freddie Krueger in “Nightmare on Elm Street.” They wanted us all scared, depressed, seeing visions of our own death and doom.

Oops. Another epic fail. No one listened.

Try as Democrats may, you can’t keep Trump down. Lower taxes, less regulations, and a pro-business attitude just keep beating the Democrats’ brains in.

We added 136,000 new jobs in September. Which is good, but not remarkable. You know why? Experts say we are at full employment. There is nowhere else to go. We can’t create any more jobs, because pretty much everyone who wants a job, already has one.

And the previous two months (July and August) saw jobs numbers revised higher. We just added an extra 45,000 jobs over the summer.

Trump has produced over 6.3 million new jobs in his first 30 months as president. At the exact same time of his presidency, Obama lost 2.5 million jobs. Add it up. Trump is almost nine million jobs better than Obama.

9 million. What a lesson for the electorate.

If you’re the son or daughter of a powerful Democrat, Ukraine has a great job for you.

But if you’re black or Hispanic, and your parents don’t control a $4 trillion budget, and you want a job in the USA, Trump is your man.

Bravo President Trump. You are the greatest non-Ukrainian jobs president ever!