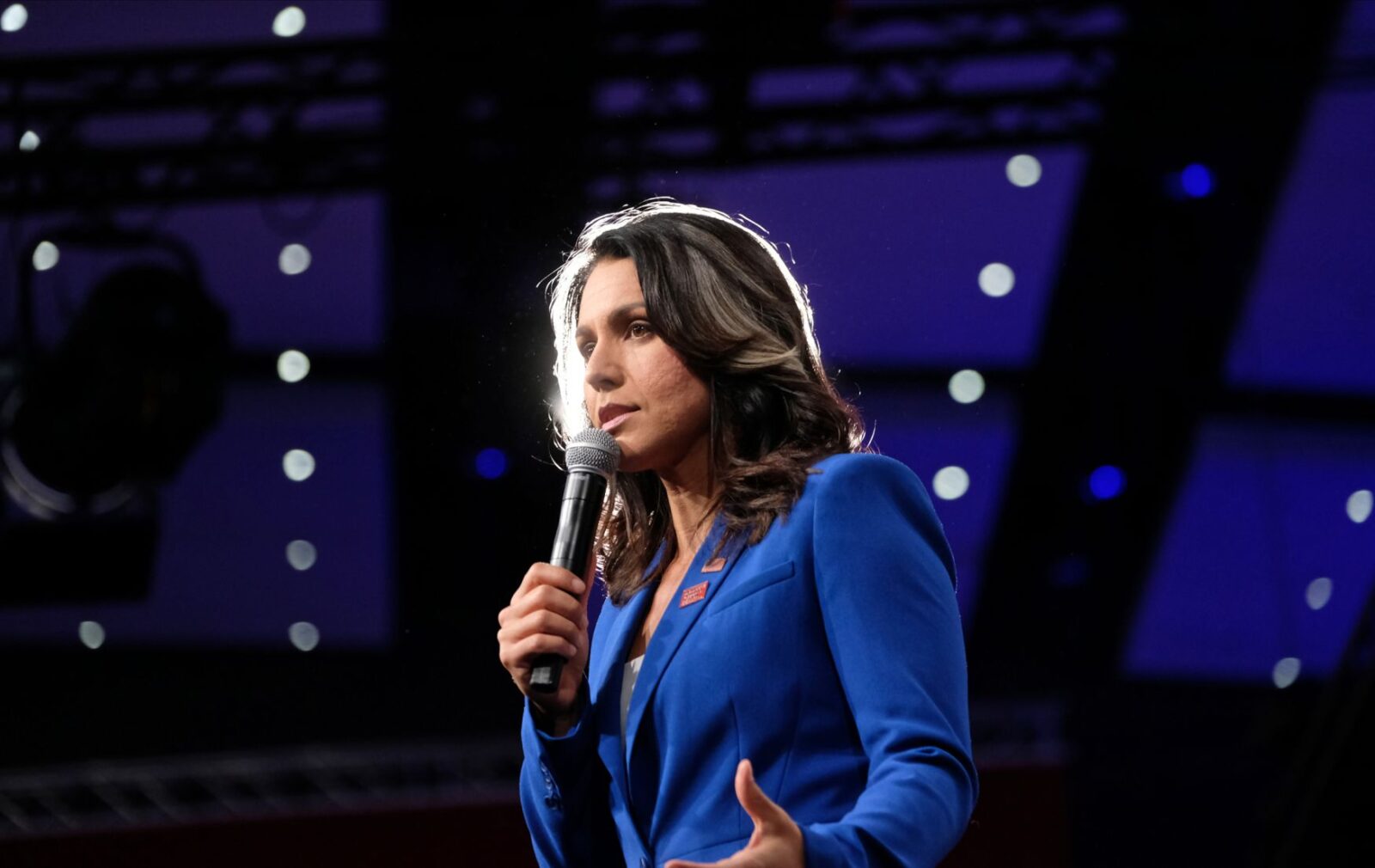 Did Tulsi Gabbard Just Destroy the Democrat Party and Save America?

I never thought I’d be thanking an ex-Democrat Congresswoman and former Democrat Presidential candidate for telling the truth, exposing the evil Democrat agenda, and thereby giving much needed “ammo” and backbone to the cowardly GOP. But Tulsi Gabbard just broke the mold.

Tulsi, we all love and appreciate you. You are our hero.  You may have changed the midterms. You may have just saved America!

Thank you from the bottom of our hearts for your courage, strength and raw honesty. You have done something that no one could even imagine before this week. You just broke with not only the entire Democrat Party, but also the DC Swamp, Deep State, and the evil cabal of Marxist Democrat donors like George Soros and Klaus Schwab of the World Economic Forum.

Heck, Tulsi just put the establishment GOP to shame too.

Tulsi just exposed the purposeful Democrat plan to destroy this country. Remarkably, she just said it louder and with more truth than 99% of Republican officeholders and 99% of Republican candidates in this election.

Tulsi’s exit statement in leaving the Democrat Party sounded like I wrote it. It was word for word everything I’ve said on my national radio show, two national television shows and podcast for years. Word for word.

We finally have a true Democrat insider who has witnessed and exposed the evil of the Democrat Party.

Tulsi didn’t just say something short, sweet and meaningless- like “I’m not leaving the Democrat Party. The party left me.” She stuck a sword through their heart like a hero killing a vampire. She destroyed the Democrat Party like no former Democrat office holder has in history. She explained in detail their radical agenda.

she admitted they have weaponized the government against conservatives…

She admitted Democrats have purposely opened the borders to destroy America…

She warned of the woke direction these radical extreme idealogues are taking our country.

And then she added in a media interview that Democrats are ushering in the “normalization of pedophilia.”

All true. But…WOW. My jaw is on the floor. No former high-level Democrat official has ever said these words in history.

I’ve reported and warned about every one of these threats to our country for many years. So, what’s the significance of Tulsi saying these same things?

*First, she is the first Democrat Congresswoman and former Democrat Presidential candidate to ever admit any of this. That’s credibility.

*Second, she is giving an “insider” account of what is happening in the Democrat Party at the highest levels. She is a witness. She proves what I’ve always warned- these are not mistakes, ignorance, or incompetence. This is all a purposeful, planned, coordinated, radical, extreme, communist, globalist, fascist attack on America.

*Third her words should embolden moderate and RINO Republicans to tell the truth about how bad this attack on America really is. 99% of Republican candidates have never gone this far, never used words like this. They are cowards- scared of their own shadow. They’re worried what the media would say about them. Hopefully Tulsi’s words will embolden, or shame them to start telling the raw truth about what what’s really happening to America. Tulsi gives them cover.

*Fourth, Tulsi’s brave words and action could inspire moderate, non-insane Democrats like Joe Manchin of West Virginia and Krysten Sinema of Arizona to leave the Democrat Party to become either Republicans, or independents.

Tulsi then backed up her words by immediately endorsing four MAGA, America-First, Republican candidates- Joe Kent for Congress in Washington; GOP Senate candidate Dan Bolduc in New Hampshire; Kari Lake for Arizona Governor and Blake Masters for US Senate from Arizona. I don’t know if Tulsi is officially joining the GOP, but even if she chooses to remain an independent, this is certainly a great start!