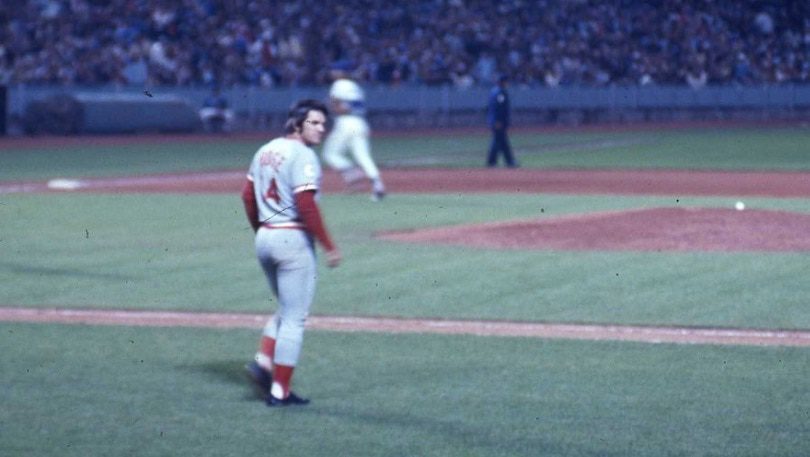 Mr. President, presidential pardons are reserved for great Americans who made a mistake and have paid their dues to society. Here are two great patriots who fit the bill perfectly.

I’m proud to say they are both my personal friends. And yes, I’m proud to be fighting for them.

Both these men have done great things for America and the American people. They both deserve a pardon so they can move on with their lives and legacies.

Let’s start with my friend Pete Rose. Pete is one of the greatest baseball players in history. He is beloved for being the greatest hustler in sports history. That’s why the media dubbed him, “Charlie Hustle.” He is one of America’s most popular and celebrated athletes ever.

Pete doesn’t just belong in the Baseball Hall of Fame in Cooperstown, NY. His bust should be right up front with Babe Ruth, Lou Gehrig, Hank Aaron, Ty Cobb and Cy Young. Pete Rose is baseball.

Here is just a small sampling of the remarkable achievements of baseball’s famous “Hit King.” Pete is baseball’s all-time hits leader (with 4,256), as well as the all-time leader in games played (3,562), at bats (14,053), singles (3,215), and career plate appearances (15,890). He won three World Series rings, three batting titles, one Most Valuable Player Award, two gold gloves, the Rookie of the Year award and made 17 All Star appearances. In 1999 Pete was voted onto Baseball’s All-Century Team. Pete Rose is the definition of an American hero.

But Pete made mistakes in his life. He bet on baseball games (although he only bet on his own team). And he pleaded guilty to income tax evasion. He served one month in prison.

That was thirty years ago. Next year Pete Rose will be 80 years old. Pete Rose deserves to have his record cleared. Pete deserves forgiveness.

We already know that President Trump is a fan of Pete Rose. The President tweeted in February of this year, “Pete Rose played Major League Baseball for 24 seasons, from 1963-1986, and had more hits, 4,256, than any other player (by a wide margin). He gambled, but only on his own team winning, and paid a decades long price. GET PETE ROSE INTO THE BASEBALL HALL OF FAME. It’s Time!”

Pardoning Pete Rose will be celebrated by tens of millions of American sports fans. Sports gambling is now legal throughout much of the United States. Most Americans agree Pete deserves to be in the Hall of Fame for his achievements on the field.

That brings me to Part II. One of my other dear friends also deserves a pardon, Mr. President. While not as famous or celebrated as Pete Rose, the actions of my buddy were certainly selfless, patriotic and priceless to US taxpayers. They resulted in $25 billion dollars of taxes, fines and penalties refunded to the US Treasury.

My buddy is Brad Birkenfeld. Brad is single-handedly responsible for uncovering the largest and longest running tax evasion in IRS history. Brad was a successful Swiss private banker, with many of the wealthiest American businessmen and women as his clients. These wealthy Americans were hiding their money offshore, in Swiss banks, to evade U.S. taxes.

In the summer of 2007, after resigning from his comfortable job at UBS in Switzerland, Brad made the decision to voluntarily walk into the DOJ in Washington, DC to reveal the numbered accounts of 19,000 Americans hiding over $20 billion at UBS in Switzerland. In one remarkable act, Brad brought down the entire veil of hundreds of years of Swiss banking secrecy.

A DOJ prosecutor was quoted as saying, “Without Mr. Birkenfeld walking in the door of the DOJ in the summer of 2007, I doubt as of today this massive fraud scheme would have ever been discovered by the U.S. government.”

Brad naturally assumed he would be celebrated, thanked and protected by the U.S. government for risking his life and giving up his lucrative banking career to help the US government collect billions of dollars in stolen money. Instead, the Obama Department of Justice prosecuted Brad and put him in prison for thirty months.

As a result of Brad’s testimony and evidence handed to the DOJ, not only was $25 billion recovered by the IRS, but 100 Swiss banks signed formal agreements with the US government to end their criminal conduct. Three IRS amnesty programs were implemented, resulting in over 100,000 (and counting) US citizens now in tax compliance.

UBS agreed to a deferred prosecution agreement, paid a $780 million fine and agreed to release the names of only 4,700 American tax evaders. Brad kept demanding that all 19,000 names should be revealed. Instead of making Brad a national hero, Obama’s DOJ forced Brad to accept one charge of conspiracy to commit tax fraud and put him in prison for 30 months. This was their way of shutting him up.

The US government and Obama administration scapegoated Brad to protect wealthy tax cheats and powerful political donors to the Obama-Biden administration.

It’s time to right a wrong, Mr. President. A Presidential Pardon is requested in order to recognize that our US government, the DOJ and the Obama Administration committed a terrible injustice when they put Brad Birkenfeld in prison.