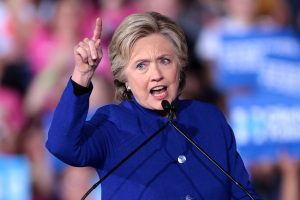 Isn’t it funny how the liberal mainstream media loves to throw around the term “conspiracy theorist” at any conservative who tells raw truth and asks lots of good questions about the biggest stories in the news?

What’s so absurd about the mainstream media using that term “conspiracy theorist” is these are the same exact same people who have spent the last 2 1/2 years talking nonstop about a “Trump Russian Collusion Conspiracy” that never existed. So, who’s the real “conspiracy theorists?”

At the same time, this same liberal mainstream media ignored the biggest scandal in US political history- the spying on Donald Trump both before and after the 2016 election. They didn’t notice a single problem with a FISA warrant issued to spy on a presidential campaign, using dirt provided by proven liars and foreign agents, and paid for by Hillary and the DNC.

So, who are the real “conspiracy theorists?”

These are the same people who said nothing, asked nothing, and took Obama’s word for it that he knew nothing about the biggest IRS scandal in US history- all coincidentally aimed at only conservative groups and Obama’s biggest critics (including me).

Can you even imagine if Donald Trump used the IRS to destroy his political opponents, then claimed he knew nothing about it.

Obama’s IRS scandal was not a “conspiracy theory.” It happened to me. And Tom Fitton of Judicial Watch has proof it was a targeting and persecution of a leading Obama critic, based on my conservative political views. Where was the media? What do you call smart people in the media playing incredibly dumb, to cover up a massive conspiracy they personally approved of?

Remember when Harry Reid said he was told by “anonymous sources” that GOP Presidential candidate Mitt Romney never paid his taxes? We know now the U.S. Senate Majority Leader made up a conspiracy theory. A real whopper. And it helped re-elect Obama. The national media never said a word about “conspiracy theorist” and proven liar Harry Reid. They covered the conspiracy up.

Remember when I wrote in these pages on multiple occasions about the most corrupt FBI in our nation’s history? And my finger always pointed at James Comey and Andrew McCabe.

Days ago, DOJ Inspector General Michael Horowitz literally destroyed Comey, laying out the case for him being biggest liar, leaker and law breaker in FBI history.

At the same time, FBI insiders report McCabe will be indicted by a grand jury in DC any day now for criminal leaks of sensitive information.

So, who’s the conspiracy theorist now? This columnist who got it all right, or the mainstream media who covered it all up?

Keep in mind CNN hired McCabe as TV contributor only days ago. What TV network hires a guy days ahead of a potential indictment?

Days ago, MSNBC host Lawrence O’Donnell, another liberal name caller who peddles in nonstop conspiracy theories himself, had to apologize and retract a ridiculous story about President Trump’s finances.

Did you hear about this massive scandal in the media? I’m betting you didn’t. Why not?

These are just a few of the nonstop “conspiracy theories” and cover-ups of real conspiracies by the mainstream media on display.

But it all makes sense, if you understand Saul Alinsky, the mentor of all the socialist liars of the Democrat Party and mainstream media (I know, I repeat myself). Alinsky taught liberals to “look in the mirror and whatever you see, blame your opponent.”

That my friends, explains it all. The people calling President Trump, conservatives and this columnist names, are the real conspiracy theorists and perpetrators of real conspiracy.