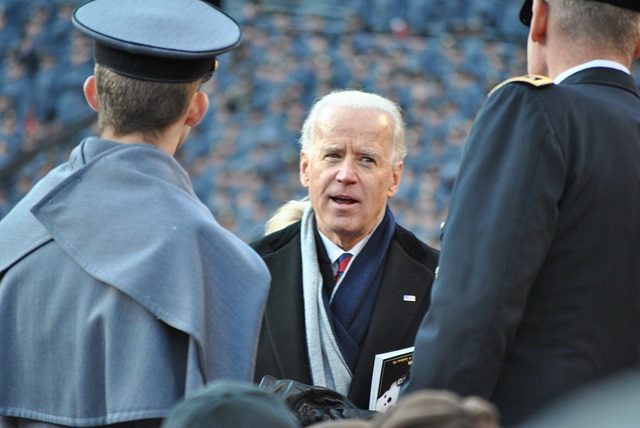 Why Are Biden & Democrats Carrying Out “The Murder of the Middle Class?”

Back in 2014 I wrote a book titled, “The Murder of the Middle Class.” Don’t look now, but it’s happening.

Back then I was referring primarily to the murder of middle-class jobs and the American Dream. Today it’s literally murder. Democrats appear to want the middle class eliminated. They’re not just after our jobs, they’re playing “Russian Roulette” with our lives.

If you think I’m kidding, or being sarcastic, think again. I’m dead serious (excuse the pun). Biden, or more likely the real decision-makers behind a man that resembles a brain-dead puppet, really do appear to be carrying out “the murder of the middle class.”

Let’s start with Covid. If Covid is as bad as Democrats make it out to be; if we’re all at risk of death; if the entire country needs to be shutdown, locked down, masked, distanced and vaccinated forever more; then why are Democrats letting thousands of strangers a day into our country? We know nothing about them, or their health. Why aren’t they testing them for Covid and other third world diseases, and if sick, sending them back? Just like we did for decades at Ellis Island. Why would anyone want to risk allowing sick or diseased people into the USA?

Based on the numbers at the border so far this year, we can expect between one million and two million illegal aliens entering our country over just the next year to spread infection and death, and quite possibly re-ignite a pandemic that almost took down our entire economy. Who would allow this? Who would encourage it?

Wait, it gets much worse. These illegal aliens, many of them diseased, or sick with Covid, are being put on airplanes- without any ID. We don’t know who they are, where they’re from, or why they’re here. What if they’re sitting next to you and your children on a plane flight? They could make you sick, they could kill your spouse or children with Covid, or one of the new variant strains from Brazil or UK or South Africa, or any other third world disease.

Or they could kill you, your family and everyone else on that plane in a terrorist attack. How does the Biden Administration know who is a terrorist? They don’t. And obviously they don’t care.

But wait, it gets worse. A fan of mine was recently headed to Texas for business. She couldn’t find a hotel room at any moderately priced hotel in Dallas-Ft Worth. Most of the hotels around Dallas (and the rest of Texas) are booked by the government. Why is the US government buying up most of the hotel rooms in Texas? They’re housing illegal aliens in nice hotel suites- with our tax dollars. Don’t take my word for it. Even USA Today has reported Hiltons, Marriotts, Comfort Suites, TownPlace Suites, and Homewood Suites (among others) are booked by the Biden government for illegal aliens.

The hotels in Texas are booked up. The illegal aliens are taking up most of the rooms. It’s guaranteed money for these hotel chains. Therefore, there’s no occupancy for the rest of us. Good luck finding a hotel room in Texas if you’re an American citizen.

But of course, that’s not the big problem. How many of these illegal alien hotel guests have Covid? How many have actually been tested? Biden & Co are sending potentially diseased foreigners into US hotels. They could sicken or kill the other guests. They could certainly sicken or kill the hotel staff. And all these sick American citizens could take Covid back home to their families, workplaces and classrooms.

Folks, this is insanity. This is reckless manslaughter. Biden and his American-hating, socialist cabal are playing “Russian Roulette” with our lives. They obviously couldn’t care less if American citizens die, as long as the ends justify the means (as Marxist author Saul Alinsky taught them).

What is that end goal? Democrats want to flood America, and in particular Texas, with illegal aliens, otherwise known in Democrat circles as “future Democrat voters.” They want to change the electorate. They want to replace American voters with foreign voters, dependent on welfare from cradle to grave.

They want to “fundamentally change America” with one party rule. They want to make America foreign to Americans.

And to make this goal a reality, it sure looks like they’re willing to carry out “the Murder of the Middle Class.”